Apple Releases Watch Series 7 with a Larger and Advanced Display

Apple Watch Series 7 is here for all the fans of Apple Watches. Read on to know everything about it.

After much anticipation, Apple has finally released the Apple Watch Series 7 at its California Streaming Apple event, held on 14 September 2021. The highlight of this newly launched watch is its always-on retina display with a significantly more screen area and thinner borders.

The look and feel of this watch make it outshine all the other Apple Watches. It features an appealing refractive edge and an interface optimized for a larger display, better readability, and ease of use.

This is not all, and the watch is packed with many other useful features as well. Let’s go through them.

What Apple Watch Series 7 has in Store for you

The newly released Apple Watch Series 7 is all set to be the top choice for the best smartwatches for its incredible features. Here they are.

And, in indoor conditions, its always-on display does wonders. It makes it easier for you to see the watch by increasing the brightness up to 70% than Apple Watch Series 6.

The UI of the Apple Watch Series 7 is also significantly optimized. It boasts a QWERTY keyboard that you can tap, swipe with QuickPath, or slide a finger to type.

Apart from this, it also comes with better on-device machine learning-based word anticipation powers. It makes text entry a much easier and faster task.

There are also helpful buttons in applications, such as Stopwatch, to make the watch even more convenient.

Series 7 is among the strongest and the most durable Apple Watches. Its newly designed crystal is over 50 percent thicker than its predecessor, i.e., Apple Watch 6. Hence, it shows greater resistance to cracks.

Further, since the watch is IP6X dust resistant, it can withstand almost all adverse environmental conditions. It also has a water resistance rating of WR50, making the watch a perfect companion for your swimming sessions. 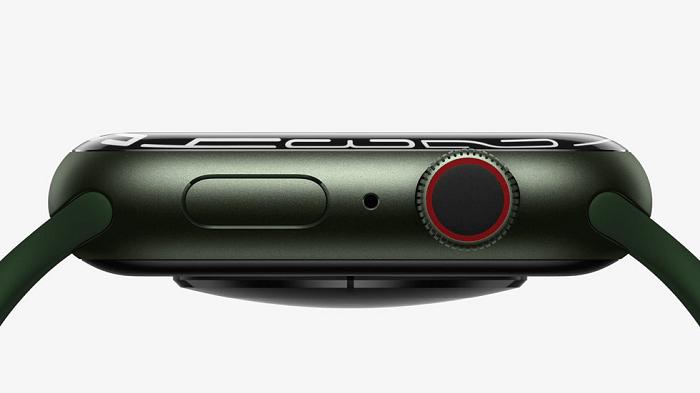 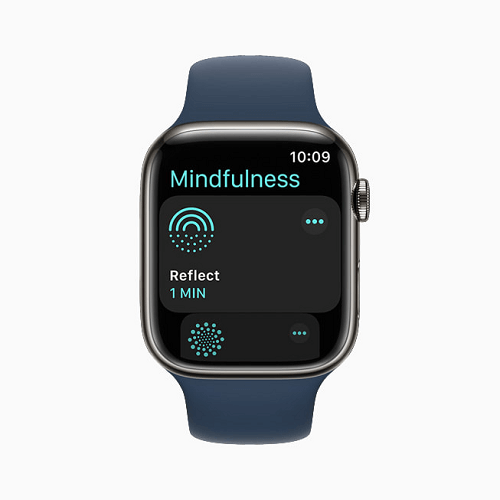 In addition to the above features, watchOS 8 also boasts many cycling, workout, and fall detection features. We share them below.

Apple Watch Series 7 comes in five exciting aluminum case colors, i.e., midnight, starlight, green, and a new blue and (PRODUCT)RED. You also get a wide choice of bands that are compatible with all Apple Watches.

Apple has also introduced new bands for Watch Nike and Watch Hermès. The Nike Sport Loop is available in three different colors with features, like Nike Swoosh and logo text.

Lastly, talking about the price, Apple Watch Series 7 is expected to be quite affordably priced. Below are the complete price details.

Though Apple has not made any official announcement about the price of Watch Series 7, its price is expected to start at $399. Apple Watch Series 7 will be available later this year on the Apple Store. You can also buy Apple Watch SE with USB-C charging cable, new Apple Watch bands, and Apple Watch Nike bands from there.

Above was all the information on Apple Watch Series 7. To know more about this and all other products from Apple, stay connected to this blog.

Keep yourself updated with the latest technology and trends with Innovana Thinklabs Limited.
Niharika Sep 15, 2021 0 213