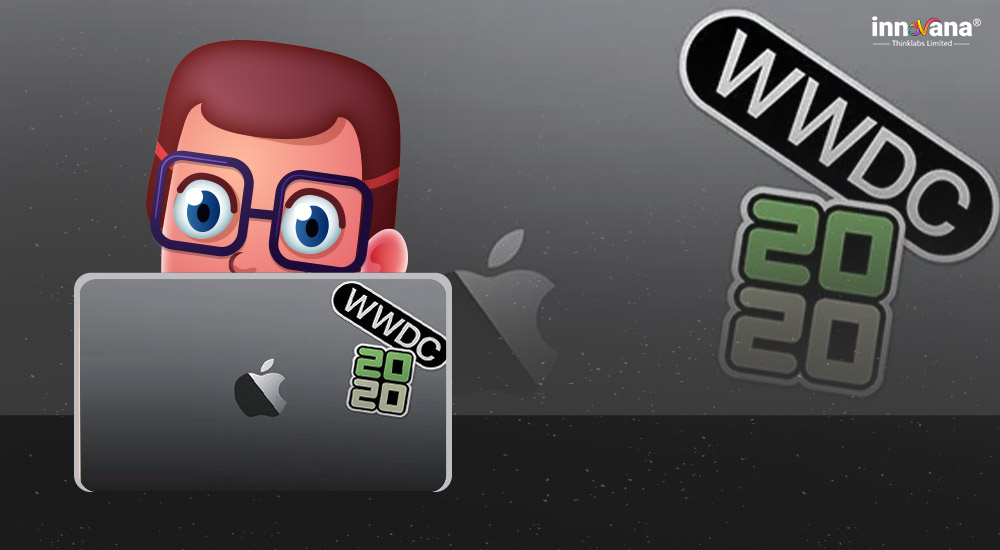 Apple WWDC 2020 was full of excitement from beginning to end. Here we’ve got the WWDC 2020 keynotes and a complete recap for you.

Apple WWDC 2020 that kicked off on 22nd June 2020 was an instant hit with both developers as well as users. They showed an overwhelming response with over ten million Apple fans watching Apple’s much-awaited event WWDC 2020 keynote via live stream and on-demand. The Apple Developer App also saw a huge surge in the number of visits with approximately 4 million visitors. Moreover, developers all over the globe also enthusiastically participated in the Worldwide Developers Conference.

Now, the whole world has eyes on what all happened at the Apple WWDC 2020 and the groundbreaking technologies that are on the way. If you are also wondering the same, then here we’ve got the complete day-wise roundup of Apple’s Worldwide Developers Conference. It has several surprises for you in the store ranging from face sharing with watchOS 7 to Scribble in iPadOS14. Below, we share them all.

The center of attraction on WWDC Day 1, i.e., 22nd June 2020 were the breathtaking design and cutting edge features that you would see in newly announced macOS Big Sur, iOS 14, iPadOS14, watchOS7, and tvOS 14.

Another Apple WWDC 2020 keynote of the first day was an interactive 15 minute Q&A session held among the winners of Swift Student Challenge, Tim Cook, and Esther Hare.

Day 2 of Apple WWDC 2020 was another exciting event in the life of developers as they learned how to keep users’ privacy intact while developing apps, build an app in SwiftUI, create iPhone home screen widgets, and solve tough coding problems. Apart from this, they also got to know how to detect poses in a photo or video.

Another thing that caught the attention of one and all was the inclusion of music features in the Apple Developer App.

Day 3 of Apple WWDC 2020 proved to be a milestone in the career of developers as it taught them various skills such as identifying key elements to develop user-friendly App Clips. Moreover, the game creators learned how to take their Game Center Integrations a notch up with leaderboards, player interaction, achievements, and more.

Furthermore, the day also touched upon the sensitive issue of race in America in the conversion between Lisa Jackson (Apple’s vice president of Environment, Policy, and Social Initiatives) and Eric Holder (Former Attorney General).

WWDC Day 4: New SwiftUI tools to display more on-screen content, widget creation for Home and Today screens, an insight into the Action and Vision App, and interaction with the cast & crew of Apple Original

Day 4 at WWDC 2020 was full of excitement and entertainment for the developers. They learned how to improved SwiftUI for creating better on-screen content with table/list views, smooth scrolling, and stacks.

The developers also tried their hands at creating app widgets for Home and Today screens of iPhone, iPad, and Mac.

It is not all, and the WWDC 2020 participants also enjoyed a Q&A session with the cast and co-makers of Apple Original “Mythic Quest: Raven’s Banquet”.

The last day of Apple WWDC 2020 was even more fun-filled and amusing. Here developers learned about how to use Scribble and handwritten text in iPadOS to enrich the user experience. In another session held on the same day, they were introduced with the watch face sharing in WatchOS and iOS, and the ways to make typography better for a smooth app interface.

Furthermore, in the grand finale of Swift Playgrounds Challenge, the players learned how to play pitched instruments using MDI Codes, sequence multipart harmonies, and use frameworks created specifically for Swift Playgrounds on iPad and Mac.

This write-up was a snapshot of what you can expect in the near future from Apple and the events that took place at WWDC 2020. For the complete picture, i.e., dive into the details, you visit the Apple Developer App. Moreover, keep reading Innovana Blog for more such tech event updates and other Apple news.