13 Best Android Dialer Apps You Should Try in 2021

If you are having troubles with your smartphone’s built-in dialer, check out the best android dialer apps explained below and perform dialer tasks effectively.

The most basic feature that a smartphone can get is calling other persons, the best android dialer apps help you with that and more. Making calls is the most primary function of any smartphone or mobile phone. Previously we had keypad phones that allowed us to dial numbers and make calls. But now keypad phones have been replaced by touchscreen smartphones. These smartphones have dialer apps to dial numbers and make calls. Although, the default dialer may seem quite complex sometimes, or you might get bored with it.

Hence, we have brought a list of some best android dialer apps. These are the third-party apps that function as a dialer for your smartphone. These dialer apps are capable enough to provide you solutions for the problems that you are facing with the default dialers. So, let’s move straight to the list of some best dialer apps for Android.

Do you want to know which is the best android dialer in the category of feature-rich apps? Truecaller tops the list. As along with being an efficient dialer with a quite intuitive user interface, Truecaller also provides various other features. Let’s analyze some of the salient features of Truecaller. 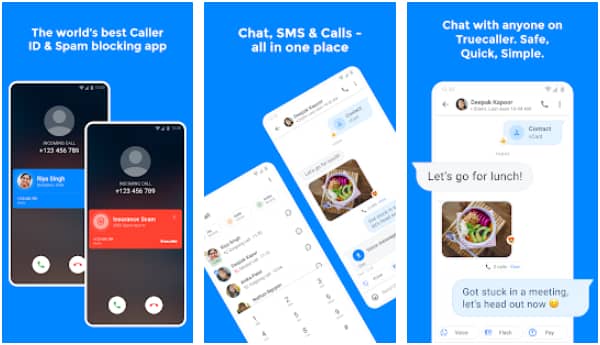 Eyecon is another multi-feature dialer app on the list. We can not exclude Eyecon from the list of some best multi-feature phone dialer apps for android. Although the app mainly focuses on providing a stunning visual experience to the users. Here are more details about the features, pros, and cons of the app. 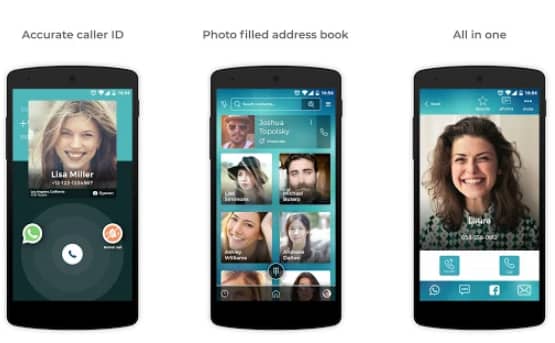 True Phone Dialer & Contacts is one of the famous dialer apps on the Google Play Store. It is quite reliable as the dialer app is having quite good ratings even after 5 Million+ downloads. The features that it possesses make it one of the best android dialer replacements. Here are some of its salient features. 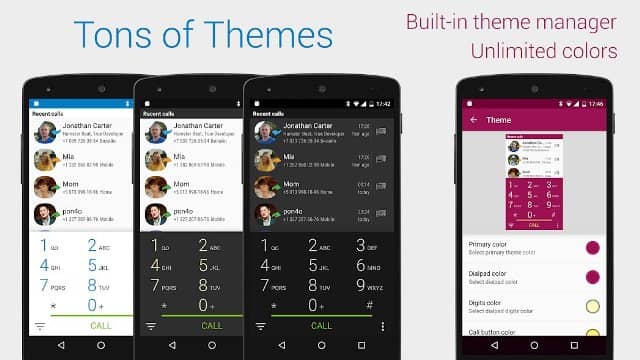 Clever Dialer is another multi-feature dialer app for Android. It is quite famous for the privacy and security that it offers to its users. You can give it a try even if you are happy with your default dialer app. As it can be used to identify the caller ID of incoming calls and unknown numbers. 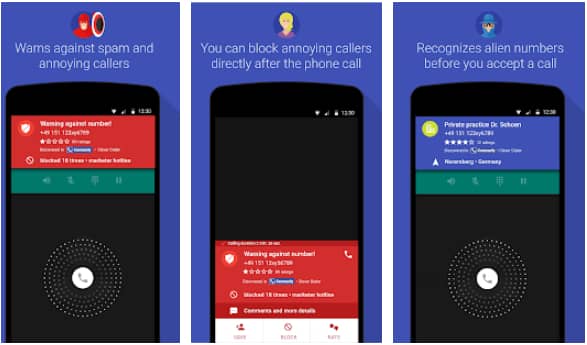 This dialer app provides the thing that the users exactly want in a dialer app. Yes, we are talking about simplicity. Along with providing a lot of features, Simpler provides quite an easy and simple user interface. Here are the important features that make it one of the best android dialer apps. 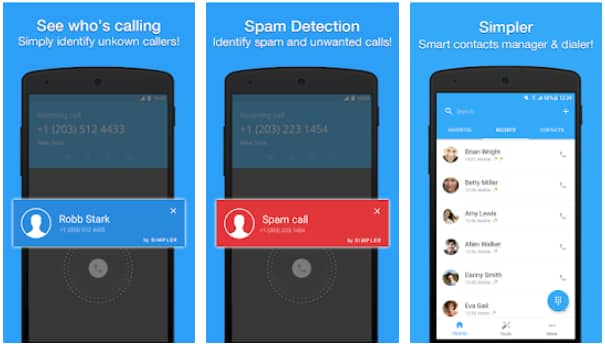 This one is from one of the leading smartphone manufacturers, ASUS. ZenUI is the dialer that was initially made for being a default dialer app in ASUS smartphones. Later the manufacturers have made it public. Now you can install it on any Android smartphone. It is quite intuitive and a good option for people who look for simple dialers. 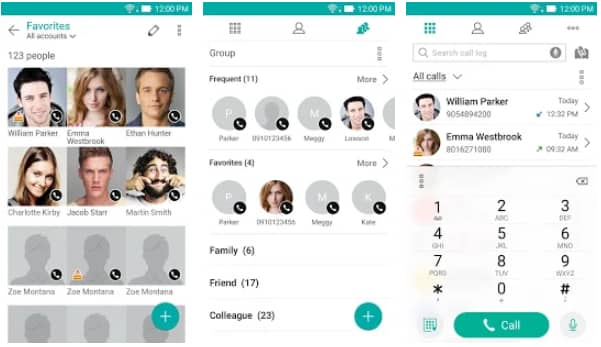 Showcaller is an app to detect caller ID and location. But the app also comes with many other features, one of them is the smart dialer. That’s the reason why we have included the Showcaller app in our list of some best android replacement dialers. Here are some of the features that Showcaller offers. 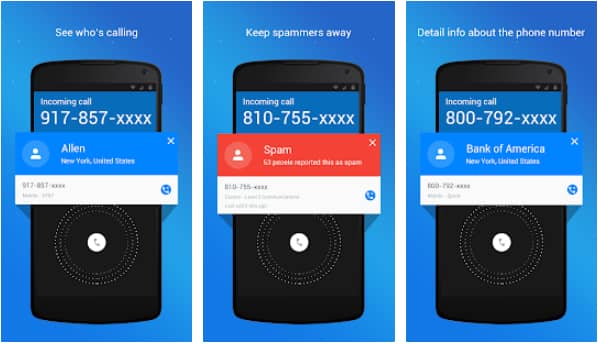 CallApp is an all-in-one dialer app that is used to make calls, identify unknown calls, etc. This is one of the top-rated dialer apps on the Google Play Store. One can rely on it as it has around 50 Million+ downloads. Here are some of the specifications, pros, and cons of this one of the best phone dialer apps for Android. 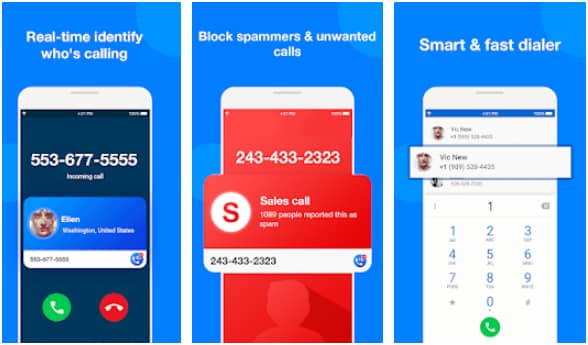 Drupe is a unique dialer app that offers some promising features. No matter who you are from which part of the world, the app provides multilingual support. Drupe can also be the best phone dialer app for Android if you got bored with your call screen. Here are some of the features, pros, and cons of this unique dialer app. 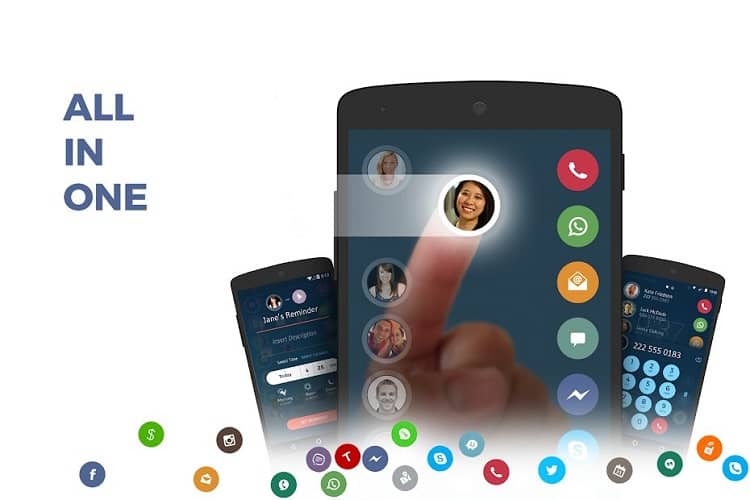 Here comes another multi-feature dialer app. Contacts+ is one of the top-rated best android dialers. It can serve you with multiple features such as contact management, spam blocking, etc. Along with calls, it also provides you control over your text messages. Let’s examine the features that Contacts+ offers. 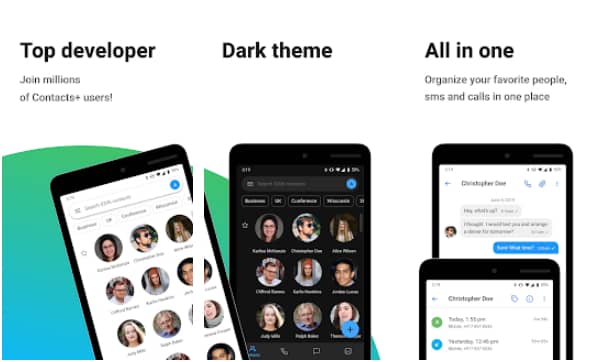 Mr. Number is the dialer app that makes it easy to identify unknown contacts and block unwanted calls. The app is not quite famous. Although it is effective and hence, we have included this in our list of some best Android dialer apps. Here are some of the specifications of Mr. Number. 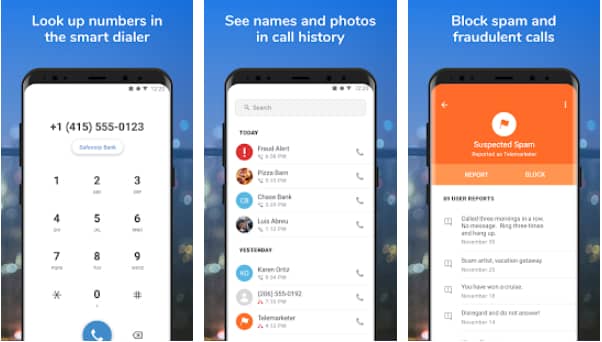 Q.1 What is the best dialer app for Android?

A lot of users get confused as they can find a lot of dialer apps for Android, but what makes any app best are its features. The best dialer app for Android should be easy to use, accessible to all, intuitive, show caller Id, etc. Check out the best apps listed above and install one according to your requirements.

Q.2 What is the Dialer Android app?

As described earlier, a dialer for Android is an application that helps the users in replacing the built-in drivers and provides numerous additional features. Such apps help in performing all the tasks just like the built-in smartphone dialer and offer numerous features for ease of access.

Q.3 Does Google have a dialer app?

Yes, after a long wait, Google launched its first dialer app called ‘Phone’ for its users. This app is available for download on the Google Playstore. It is one of the best android dialer apps available for the platform.

Q.4 How do I change my dialer app on Android?

Any user can easily change the default dialer app by going to the ‘Settings’ of the Android smartphones. If you have already downloaded and installed a third-party dialer, then it is very common that the app itself provides an option to change the built-in driver and make the third-party app a default one.

So these are some of the best Android dialer apps available in 2021. Although making calls from smartphones is quite an easy task, these dialer apps can make it easier for you. Each of them possesses its unique features. Hence, it depends on the requirements of users, which one is best for them. So choose wisely. If you want more such information, then subscribe to Innovana blogs, and bookmark the page for regular updates.

Keep yourself updated with the latest technology and trends with Innovana Thinklabs Limited.
Aman May 04, 2021 0 4.86K