No matter how “Smart” the phones have become, they still miss the screen recording feature. Although there’s a primary facility to take a screenshot in the high-end phones, many others don’t have the adequate screenshot and video recording features. You often wonder how to record the fantastic video or tutorial that you’re watching, right? Since the phone misses the recording functionality, you need an app to record the screen. There are many such apps available on the play store for your android device. Thus, I have curated the best android screen recorder apps and listed them down in the next segment of this blog-post.

Whether you are watching a recipe or any other tutorial, now you can record them all using the best screen recorder apps for android listed here.

Want to use a video as a reference for making your tutorial or make game recordings? If yes, then AZ Mobile App is the best screen capture app for android that you can use. It records the video without putting any annoying watermark. Further, here the sound is also recorded via the mic. This ensures crystal clear audio. In addition to this, the app also lets you add comments to make the tutorial easily understandable. This is not all, and here you also get the freedom to make adjustments in bit rate, screen orientation, screen resolution, timer, etc. After you’ve created a masterpiece recording, you can share the same with the app’s inbuilt sharing options. Here’s the link to get the app and create mesmerizing videos. 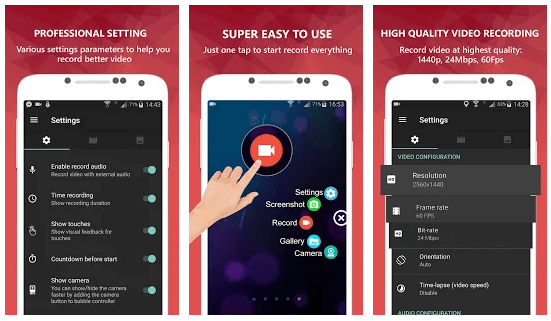 This android screen recorder is the perfect choice for people who find video editing tedious. It lets you skip the unwanted parts in the video while recording it so that later on, you don’t get frustrated with the editing part. Further, here you can record videos in HD with 1080P, 12Mbps, and 60 FPS resolutions. On top of all, you don’t need to root the device, and it lets you attend to the emergency notifications with its amazing phone shake feature. Once you shake the phone, the app automatically removes the recorder for the notification bar and pauses the recording. Here’s the link to get this intelligent app for capturing screenshots and videos on your device. 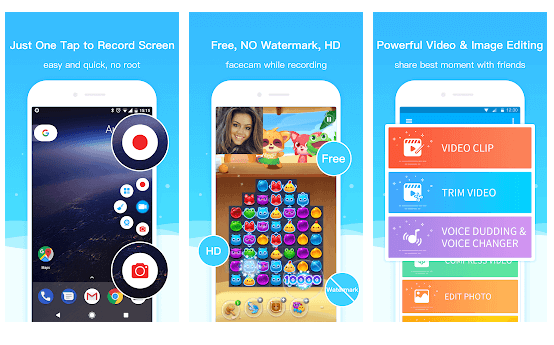 What sets Mobizen apart from the other apps and makes it the best screen recorder for android is its fantastic sound recording capabilities. In addition to this, it offers several other functionalities such as you can record the videos in full HD, 12 Mbp, 1080 P and, 60 FPS. Moreover, you can also share the videos without any watermarks through the app. Above all, you get all these features for free. What more can you ask for? Here’s the key to making fabulous recordings. 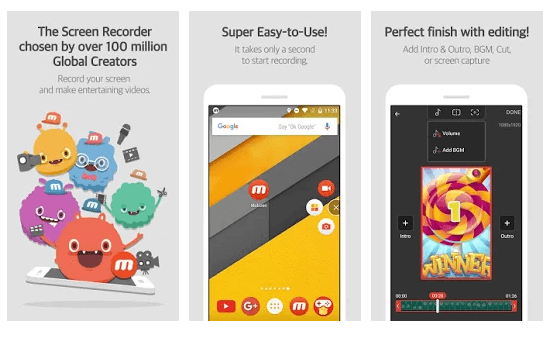 This app finds its place in the list of the best android screen recorder apps available on the play store due to its attractive user interface. It lets you record videos with clear audio and save your recordings in the device for later use. Not only this, the app offers better customizations than its competitors. Here you can set a timer for recording, see the taps on the screen, and record seamlessly for up to one hour. Here’s the link to give this fabulous app a try. 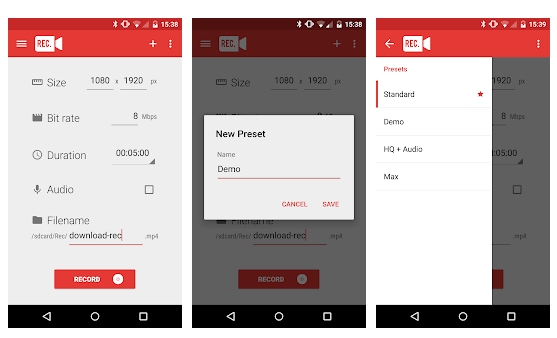 This is another free screen recorder app for android where you can record high-quality videos and audio. It records the videos in 1080p and lets you customize the resolution in its settings. In addition to this, it also enables you to record with the phone’s camera. This feature is particularly helpful in cases such as explaining maps. While elaborating on any map, you can show the path in real with its fantastic camera record feature. Further, it’s available in both the portrait and landscape modes. Here’s the link to make fabulous recordings. 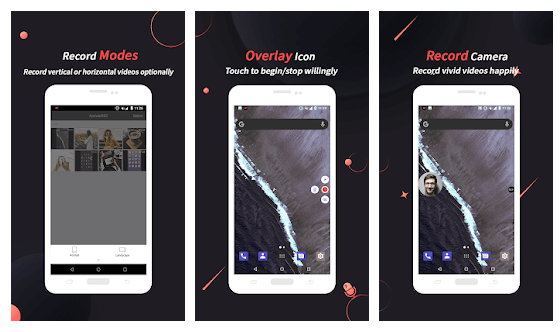 If you are searching for a free screen recorder for android that can let you edit the videos effortlessly after recording them, then download ADV recorder without thinking twice. Along with the video, it also records the audio with the internal microphone. Moreover, you can also customize the video by adding text and banners. And, the best part is, for using the app, you do not need even to root the device. Here’s the link to get this app and make amazing recordings. 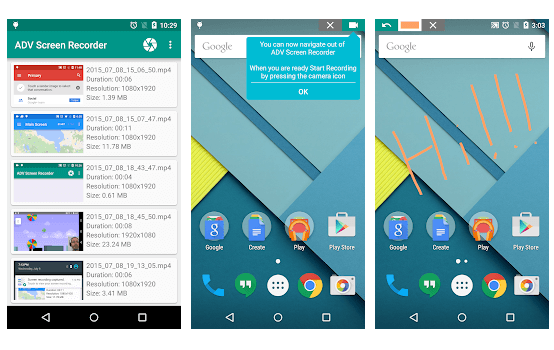 This another fantastic screen capture app for android. It lets you adjust the video as per your needs and add images, text, etc. Further, the app also enables you to take screenshots and record calls. Above all, here you can save the recorded videos anywhere you want, including the SD card. Here’s the link to get the app and make stunning recordings with your phone’s front as well as back cameras. 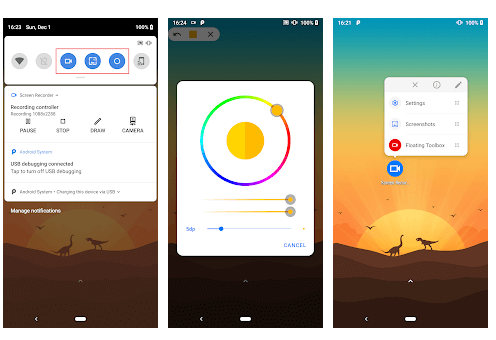 This is undoubtedly one of the best screen recorders for android with audio. Here you can easily select the resolution, frames per second, bit rate, etc. to record high-quality videos. Further, the settings menu is also quickly accessible as it floats on top of the screen. The cherry on top of the cake is an ad-free video recording. Here you can record videos without getting troubled by the annoying ads. Here’s the link to get this fantastic recorder that does not even go through the rooting process to record videos. 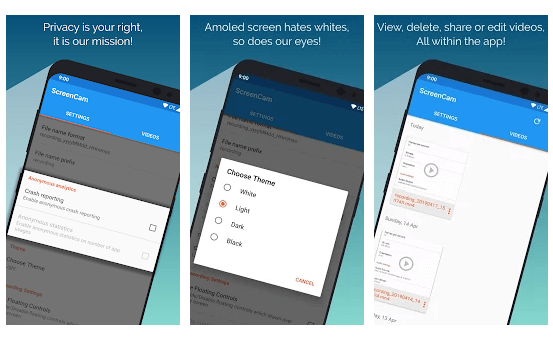 These were some of the best android screen recorder apps you can use to record almost anything and everything that comes up on your phone’s screen. Give them a try and have a fantastic time creating and sharing the recordings.

Keep yourself updated with the latest technology and trends with Innovana Thinklabs Limited.
Rishi Dec 23, 2019 0 1.66K