Here we’ve got the best alternatives to CCleaner that may save you from the forced subscription.

The features such as ease of use, an indication of what’s being deleted, and free availability made CCleaner an immensely popular RAM cleaner. But, after it got acquired by Avast, certain downsides began to show up. These cons forced people to look for the best CCleaner alternatives.

Thus, if you are also troubled with the background runs, nagging, and annoying ads that force you to get the paid version, then we’ve got you covered. Through this post, we share the best alternatives to CCleaner for all the platforms (Mac, Android, and PC). The apps shared here are even better than CCleaner, i.e., one of the best cleaning apps of earlier days.

Therefore, before you give up and fall prey to the CCleaner’s subscription tactics, do have a look at these programs like CCleaner.

The Best CCleaner Alternatives for Mac

Mac’s storage management is already not that efficient. In such a scenario, if the cleaning app itself hogs up a whopping 15 MB, then the use of an alternative to CCleaner becomes inevitable. Below we have compiled a list of the best software like CCleaner exclusively for Mac users.

What makes it feature in this list of the best CCleaner alternatives for Mac is its drag and drop functionality. In addition to this, it allows you to select and view apps details so that you can find out what’s taking up space on your Mac.

Further, with this CCleaner alternative for Mac, you can remove the cache and build the database again irrespective of your OS version. Apart from this, other notable features such as software uninstaller and updater also make it a better alternative to CCleaner. 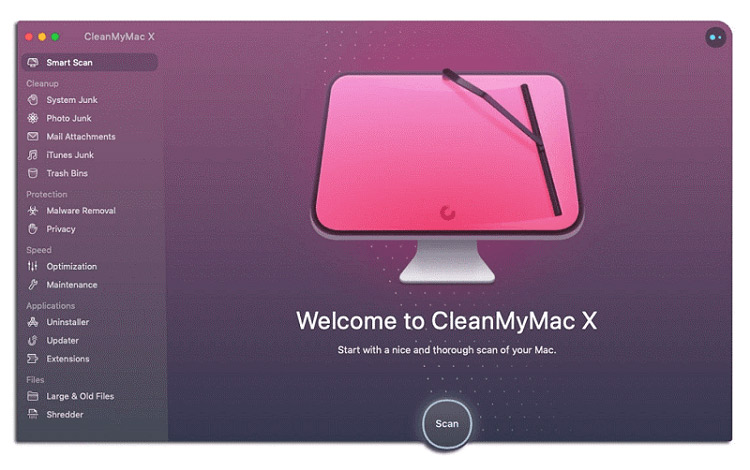 Here comes another best CCleaner Mac alternative. This app similar to CCleaner runs effective file checks, displays the scan results on a beautiful pinwheel-shaped disk, and lets you know which apps are eating up your Mac’s memory.

However, there’s a worth mentioning con that it only gives you a quick look at the app you want to delete. It does not warn you if you’re deleting any file required by the system to run. Thus, you must be cautious while using this alternative to CCleaner. 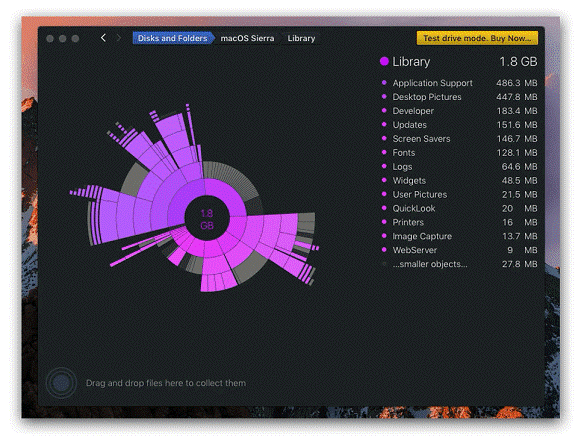 If you want to speed up and optimize Mac’s performance along with cleaning junk, then MacBooster is the best CCleaner alternative for you. This is a powerful Mac cleaner for users who have smaller SSD hard disks.

Moreover, it has over five tools to remove gigabytes of cache and other junk files from your Mac. Thus, give it a try to free up space and make your Mac run smooth. 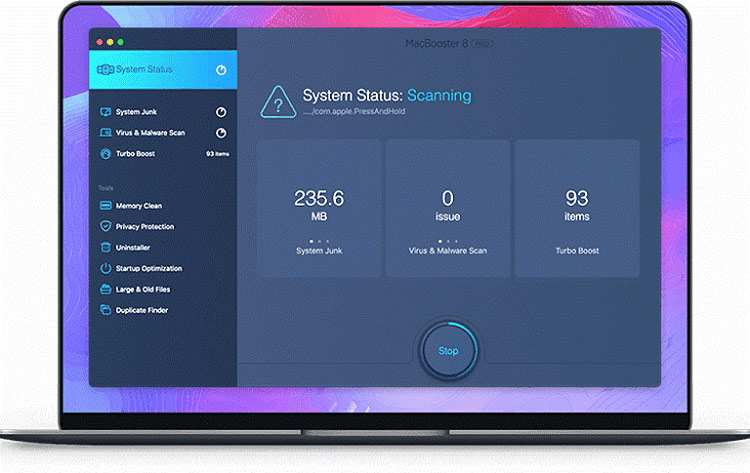 Uncluttered user-interface and functionalities such as Disk Cleaner makes it one of the best CCleaner alternative for Mac. It detects and removes junk files, log files, and cache to make your device clutter-free.

Apart from this, AVG Cleaner for Mac also has a functionality to find out and remove the duplicate pictures that are hogging up your device’s space.

When junk accumulates in the PC it affects its performance adversely and makes it slow. Therefore, removing unneeded files, cache, and other junk from the computer becomes essential. Earlier, CCleaner was considered the best app to do so. But, now several other alternatives to CCleaner have come up. They are more efficient and do not force you to get the subscription. We share them below.

This is another powerful Windows 10 CCleaner alternative. It effectively cleans cache and app leftovers to help you recover the lost disk space.

In addition to this, it also has a plethora of optimization tools for your PC such as registry issue repair and trash maintainer, and many more. 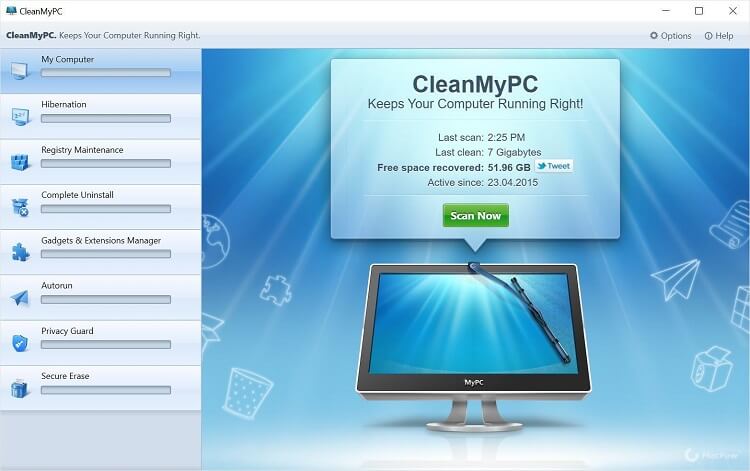 This one of the best CCleaner alternatives for Windows 10 does a lot more than just removing junk from your PC. It optimizes the PC’s performance with features such as sleep mode.

Apart from this, it has various other useful functionalities such as software uninstaller, automatic program updates, disk, and browser cleaner, etc.

This is among the best CCleaner alternatives for Windows to take the performance of your PC to another level. It cleans the PC, updates apps, and fixes other annoying problems.

In addition to this, its patented breakthrough technology hibernates the apps, removes bloatware, cleans browsers, and registries to free up space on your PC. 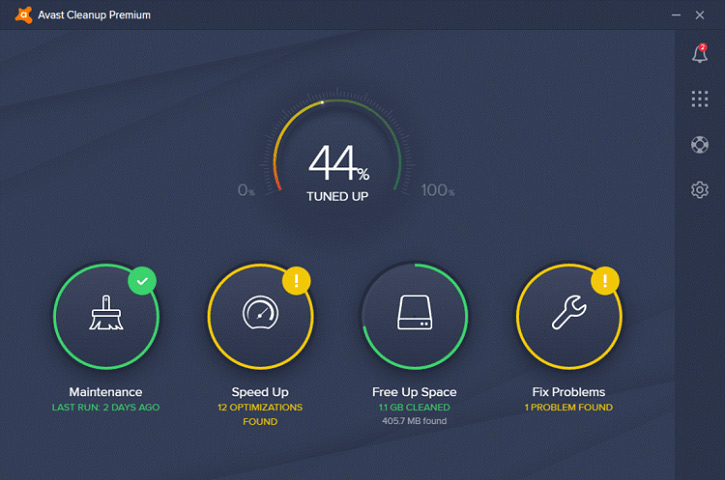 This is another better alternative to CCleaner for Windows 10. It removes accumulated junk, blocks suspicious processes to secure your data, and speeds up your PC.

In our view, it would be great if you give this CCleaner alternative a try to free up space and boost your PC’s overall performance. 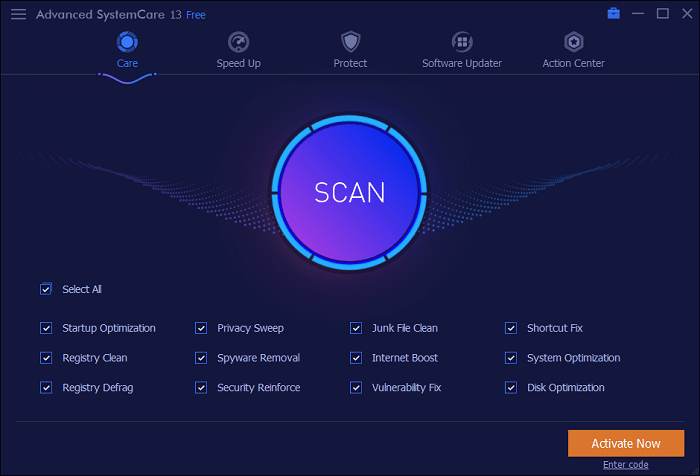 Although Android devices do not require a lot of maintenance, still cleaning junk helps boost their performance. As said earlier, CCleaner shows annoying ads and forces you into the subscription. Thus, below is CCleaner’s alternative for Android to clean junk effectively without spending even a penny.

This one of the best CCleaner alternatives effectively cleans RAM and frees up space on your Android device.

In addition to this, it also has other useful functionalities such as picture library organization, app analysis, image analysis, battery life boost, and hibernation for the apps draining your phone’s battery. 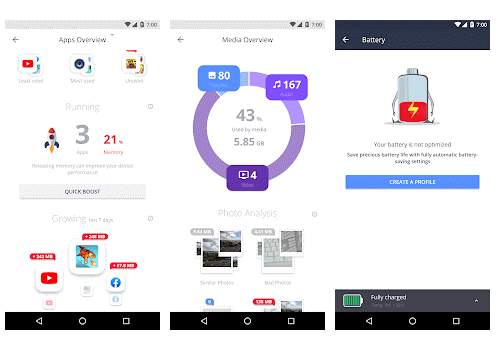 This best alternative to CCleaner not only removes junk but also protects your Android phone from virus attacks. Further, while deleting junk, this app does not delete your pictures, videos, and other valuable data.

Apart from this, it has several other features such as chargemaster, hibernation, and in-built antivirus.

This best CCleaner alternative from the makers of one of the most popular antivirus lets you remove junk, optimize your phone, and speed up its performance.

Further, it allows you to block unwanted calls and delete unneeded apps. In addition to this, it also detects harmful apps and alerts you whenever you’re trying to connect to unsafe public wifi. 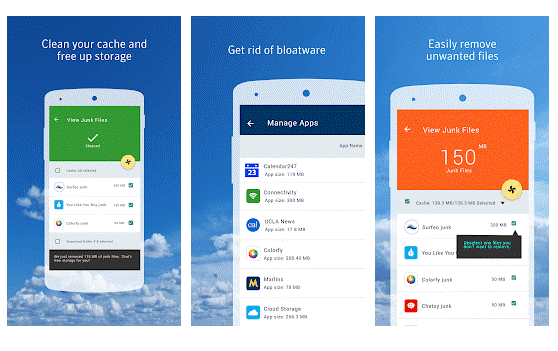 This best CCleaner alternative for Android lets you remove junk, optimize the phone’s performance, and reclaim the lost memory space for free. 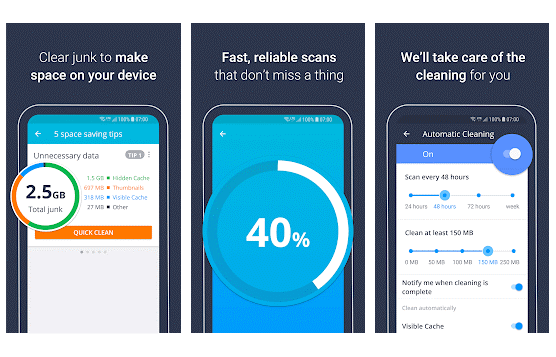 These were some of the best CCleaner alternatives for Mac, Android, and PC. We hope you find them useful and do not fall into CCleaner’s forceful subscription trap. Do let us know in the comment box below what you feel about this post. Lastly, before you leave, do not forget to join us in our newsletter to stay updated with all the latest tech happenings across the globe.

Keep yourself updated with the latest technology and trends with Innovana Thinklabs Limited.
Rishi Feb 05, 2020 1 3.17K