Is there a way to know where my PC’s performance stands in front of the other similar PCs? If this is what you are thinking, then luckily, the answer is yes. The CPU benchmark software puts your PC in tough situations and ranks its performance in comparison to the other PCs with similar configuration.

This phenomenon is known as benchmarking. Using the best CPU benchmarks is among the topmost ways to judge how well your PC performs and whether it is the right time to update drivers or not. Therefore, through this post, we share the CPU benchmark programs that you may use to know how your PC performs when pushed to the maximum potential.

CPU benchmarking software pushes the processor to the maximum load it can bear and then ranks it in comparison to the other similar devices. Thus, here, we enlist the best CPU benchmark software that tests the processor intensively and gives you an idea of how your PC performs when put under deep waters, i.e., tough situations. They also show your PC’s standing in comparison to that of the other users.

We kickstart the list of the best computer benchmark software with Speccy. The software is aptly named as it lets you know the performance of every nook and corner of your PC. No matter whether you want to know about the motherboard, CPU, RAM, graphics card, or any other such component, it gives insights into all of them.

Apart from this, it is also among ideal software for actual-time monitoring of PC’s temperature and the vital components that form it. This helps you prevent any glitches that may come your way because of an overheated PC. Moreover, it lets you save the scan results as a screenshot, XML, or text file for further analysis.

The most noticeable thing about this best CPU benchmark software is that you don’t need to download it on the PC. It also works perfectly as a portable program.

However, if a regular software update is something that you desire, then this is not the utility that you should get. The developers don’t roll out software updates for this product frequently. 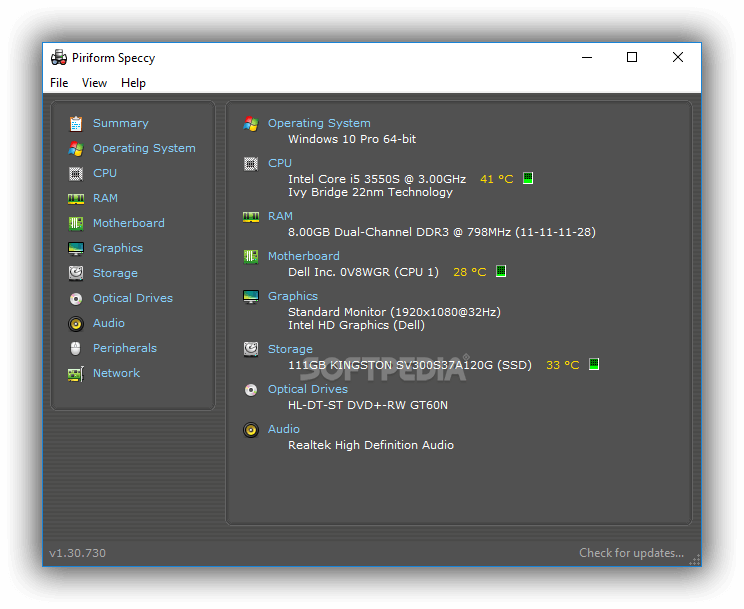 Here comes another best CPU benchmark software that deeply analyzes the build and configuration of the processor. After a thorough analysis of various peripherals as well as core computer parts, it shows you the state of other vital factors affecting PC’s performance such as clock & fan speed, CPU’s power usage, and more.

All these features seem alluring. But, before jumping to get this CPU benchmark software, you must also note that it only specifies the readings and does not wave a red flag if any value is beyond the acceptable standards. 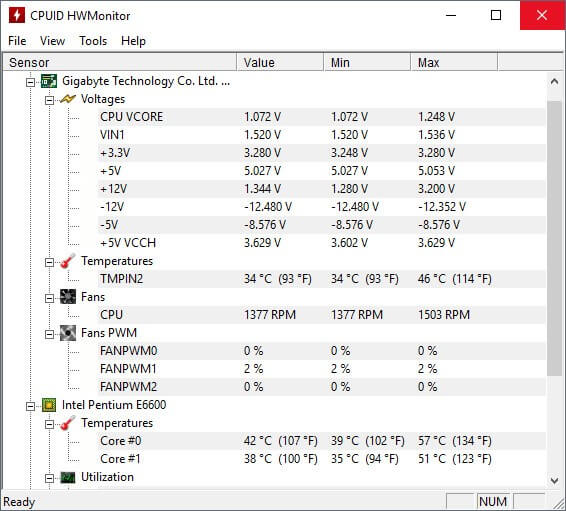 If you want to dive into the details of every PC component, then this is the best computer benchmark software that you may use. This CPU benchmark program displays all the minor as well as major details about every component that your PC consists of.

Moreover, this CPU benchmark software lets you effortlessly compare your processor with other similar processors. If your CPU gets a lower rank, then it is high time to update it.

Furthermore, as the name itself states, it is among the lightest CPU benchmark software that is currently available for use. 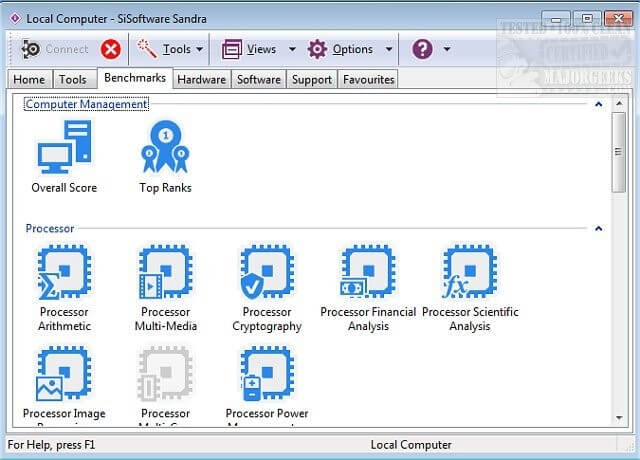 This is another best and free CPU benchmark software that monitors the processor’s health. It measures various parameters such as cache level, temperature, etc.

Moreover, it gives you a detailed overview of the components such as motherboard, graphics card, RAM, and more. Further, it also lets you save the test results in the form of a TXT file.

However, you must be cautious while installing this software as its installation procedure comes with adware. 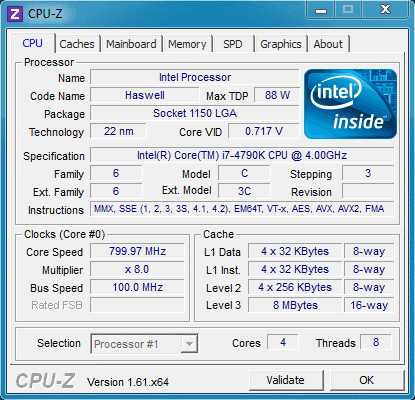 In addition to this, you can also use this multipurpose software to overclock your processors. Moreover, with this software, you can even make a video or take a picture of your favorite game while playing it. However, it is also important to note that you can only record for 30 seconds in the free version.

If you want to create a recording of the entire gameplay, then getting the paid version is the only option. Another point to keep in mind here is that these recordings take up a lot of PC space. 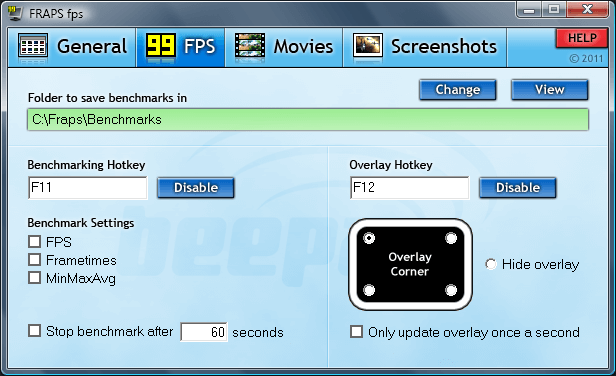 This is open-source freeware and among the best single-core performance monitors for CPU. To know where your processor stands, simply pick a test and run it. It is how this software works. And, we think that this procedure is quite easy to implement.

All the tests measure different aspects of CPU performance such as its temperature, etc. Further, this software makes it easy as pie for you to compare the test results with your peers. The only thing you need to do for easy comparison is to upload the benchmark results to RealBench’s website.

Another good thing about this one of the best CPU benchmarks is that it even allows you to overclock the processor and extract more performance out of your device. 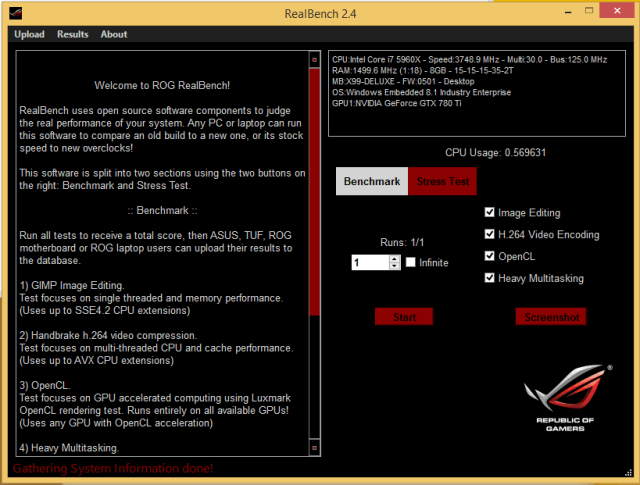 The name of MSI is well-known in the domain of benchmarking. Along with monitoring the temperature, clock speed, and other vital parameters of the CPU, it is also among one of the best benchmark software to overclock the CPU. Overclocking further elevates its performance.

Moreover, it also boasts of the FPS counter that tracks and displays the CPU’s performance in real-time. In addition to this, it is among the highly recommended benchmark software for gamers as it comes with OC Scanner that overclocks the processors in a way that gives you an unmatched gaming experience. 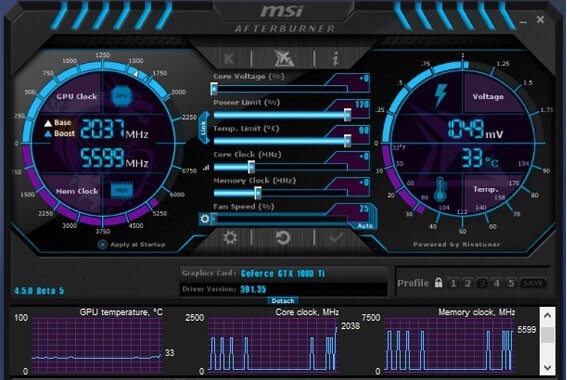 If you want to test the maximum potential of your CPU, then this is among the best single-core performance monitors for CPU. It is capable of pushing your processor to the maximum capabilities irrespective of its brand.

However, you must be a bit cautious in its use as when pushed to the maximum limits, the system may show a slight erratic behavior.

One point that we would like to mention here is that the software’s code seems a bit buggy, and this may result in minor glitches while running benchmarks. 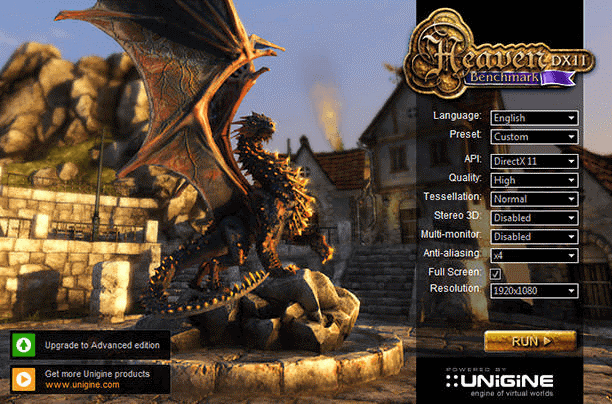 This entrant on our list is also one of the best CPU benchmark software of all time. FutureMark Suite consists of three programs, namely PCMark 10, 3DMark, and VRMark. However, 3DMark is the most popular one. It monitors the overall performance of your system including its ability to handle tough tasks.

Moreover, the renowned technocrats also recommend this computer benchmark software to get an idea of how the system performs before and after you have made any changes.

This is another CPU benchmark software that gives you an idea of how various components perform. Once you run PCMark tests, it generates a score for the performance of your CPU. A higher score indicates that the CPU is performing as expected.

However, there is a worth-mentioning downside with this one of the fastest single thread processor’s performance monitors. It does not let you compare scores across different versions as it tests each version differently. 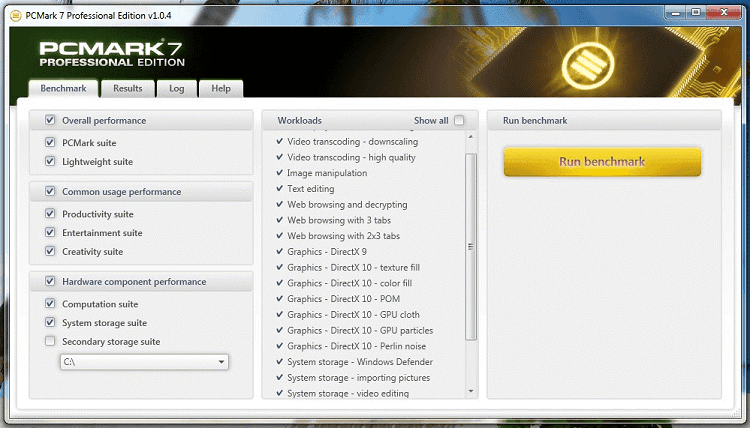 If you want to know whether your CPU can perform well in the age of modern technologies or not, then this is the best CPU benchmark software for you. It monitors the CPU’s performance in new technological domains like augmented reality.

Further, it is also among the best single-core performance monitors and checks every task of your PC ranging from taking a picture to sending an email. 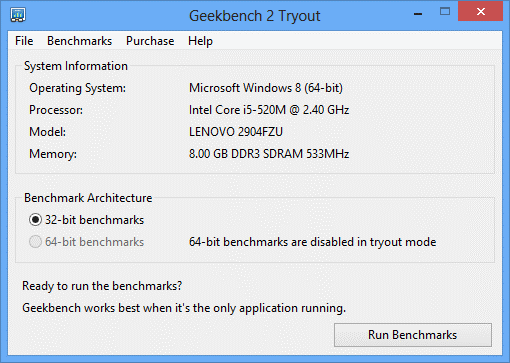 With this another best CPU benchmark program’s torture tests, you get an indication of how the CPU performs under pressure. In addition to this, it employs all the cores of a multicore processor to test its performance.

Moreover, it helps you overclock the CPU to extract better performance out of it. In our view, it is among the must-try CPU benchmark software. 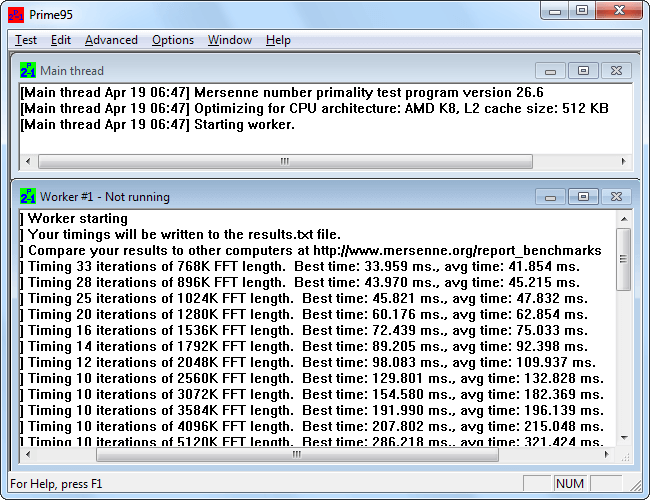 Here comes yet another best CPU benchmark software that calculates the value of pi to a specified number of digits and checks how the fastest single thread processor works under maximum pressure. Moreover, it lets you view detailed information about the CPU such as its clock speed, cache size, etc.

Above all, this is freeware that even allows you to overclock the CPU for better performance. 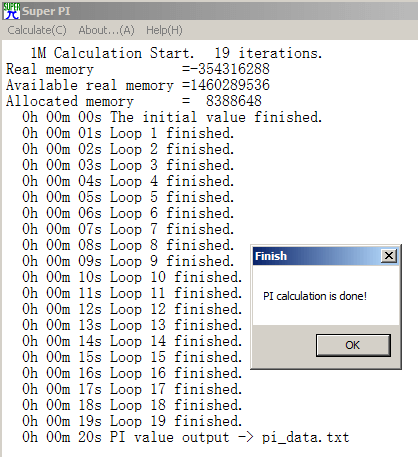 Here is one more CPU benchmark software that millions of users trust. It lets you test your CPU capabilities in minutes and monitors various parameters such as memory transfer and disk speeds.

Moreover, this CPU benchmark program allows you to compare the test results easily with other similar models. Its pro version offers several other features such as scheduled tests and battery monitoring and more. 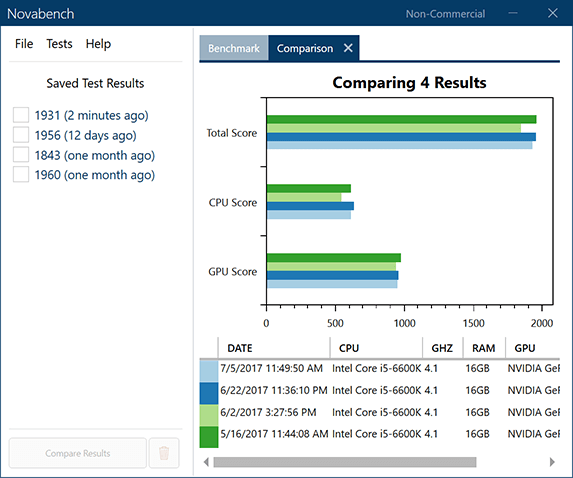 This entrant on our list is among the best free CPU benchmark software available currently. It is the perfect tool to know all the information about every component of the CPU.

Moreover, it uses the 4G rendering package which was earlier used in movies like Ironman 2 and District 9. This gives an idea of how tough this benchmarking tool is and the accuracy of its test results. 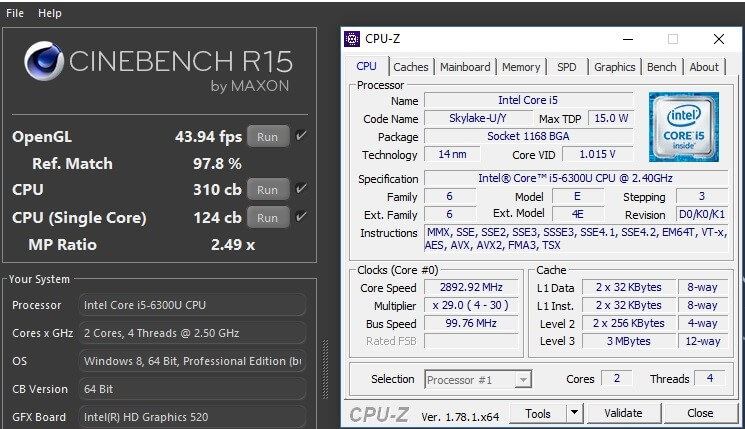 Above were the best CPU benchmark software programs that we have tried and tested. If you have any more questions, then you can go through the next section to get all your answers.

The reliability of CPU benchmarking depends on the software you are using to do it. The results of all software are not trustable. But the benchmark results produced by the programs shared in this article are quite reliable than the other programs available in the market.

Q2. How do you benchmark a CPU?

It is practically impossible to benchmark the CPU manually. Therefore, you need dedicated software to perform the task. You can refer to the above section to choose one for your CPU.

Q3. What is the best CPU benchmark software?

All the programs shared in this article are best in their way. However, our personal favorites include:

Generally speaking, the higher the CPU mark better is its performance. However, this does not mean that you need to throw away your CPU if it has got a somewhat low score. The test results are affected by several factors such as cache size and more.

Closing Words on the Best CPU Benchmark Software for Windows

These were our picks for the best CPU benchmark software in the town. You may choose any one of them to judge where your processor stands and is there a need for an update or not. In case you are confused about which CPU benchmark program to use, then we would recommend Speccy and MSI Afterburner for the ocean of features that they offer. Lastly, before you leave, do not forget to join us in our newsletter for staying updated with all the latest tech happenings.

Keep yourself updated with the latest technology and trends with Innovana Thinklabs Limited.
Niharika Apr 22, 2021 2 6.24K