If you are also an Android RPG game lover, here are some of the most popular and the best free offline RPG games built only for you.

There ain’t no people who don’t like to play games. Games relax our minds and give us time to get refreshed while getting entertained. RPG (Role Playing Games) games are very interesting and take us on a journey to a new world through our mobiles. Numerous RPG games are available on the play store. But, we’ve shortlisted some of the best offline RPG games for android. Before moving forward let’s know about the RPG!

In this dark world, be the reason of spread peace and harmony. Boost your game enthusiasm to one level up by playing the best offline RPG games for android. Here, you’ll find the most captivating and engaging RPG games that will help you to be a warrior!

Eternium is a classic and old-school action role-playing game. In this game, you have to tap on the screen to move your character. Many great battles are to be fought in this eminent game. Its tap-to-move controls are more innovative and less irritative than thumbstick controls. Draw gestures on the screen to cast spells and attack. Defeat bosses to progress in-game. This game’s developers believe in the philosophy of winning by playing and not paying. That’s why 90% of the game is free of cost and purchasing is optional. 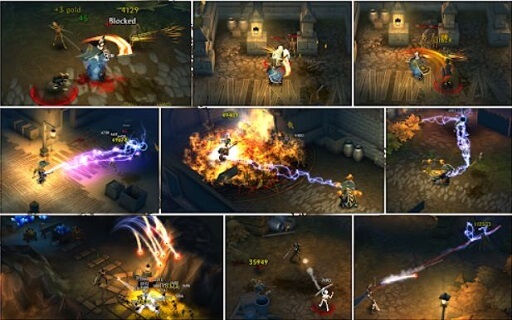 Questland is one of the best free offline RPD for your Android device. The game allows you to chat with other pliers as well. Questland has an amazing storyline that keeps you on the hook. You will face numerous different quests and battles while you play. The interface of the game is set in a variety of different sets and locations. Download the game to experience the best fantasy role-playing game you will ever come across. 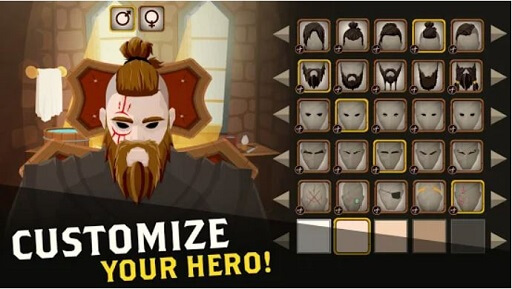 The next in our list of the best offline free RPGs is the Postknight game. The game is very popular and has won a lot of different awards in RPG and other categories. You will get and earn armor points and more that will decorate your wardrobe and accessorize your character. The game is better, faster, and stronger than most of the other RPGs. Use your strategic techniques and win the battles. 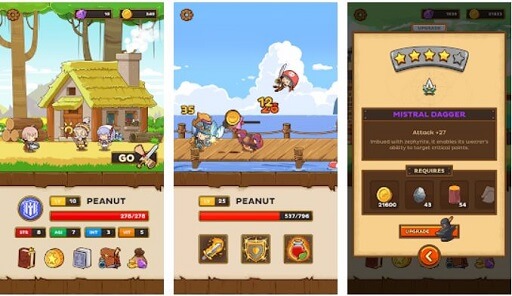 Unlike other RPGs, the storyline of this game is quite different and unique. This single-player RPG allows you to create a group of 2 and play the game and conquer the battles. You can select from 4 different characters according to your likes and dislikes. The beautiful CG Illustrations of the game provide attractive gameplay never experienced before. 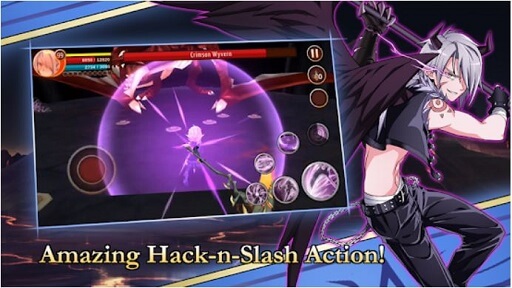 Are you ready to play the face-off battle? But, if you are not a champion then you may be losing the game. Vampire fall is the best free offline RPG game for android that can turn you into a champion. Explore the witch master, fight with him, and free the realm from its cage. Strike down the witch master to set up peace and harmony for all the realm. Picks you up from the medieval fantasy and bits you into the real-world adventure game. 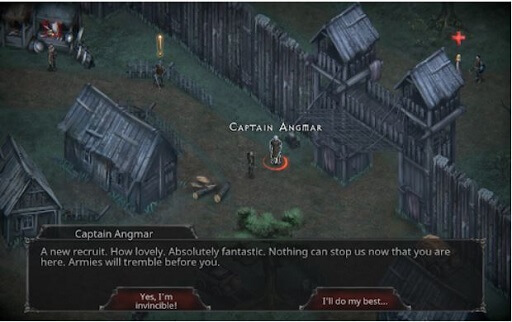 Shadow Fight 2 is the sequel to the first on the line and one of the most popular RPGs, Shadow FIght. The main character of the game is a ninja fighter who joins different combats and level-ups. The intuitive controls of the game allow you to finish your enemies with deadly moves. This fighting interface with lethal moves is built especially for touchscreen devices. 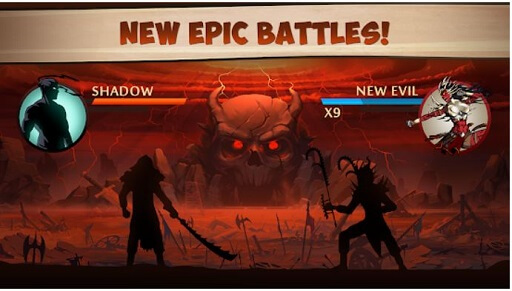 Cover Fire is one of the best shooting and role-playing games for Android devices. You can enjoy the gameplay offline and online as your want and can. The game is loaded with 3D graphics and multiple missions. When you come across 12 different chapters, you get the best gaming experience you can ever have. What makes the game even better is its new offline virus zombies event. 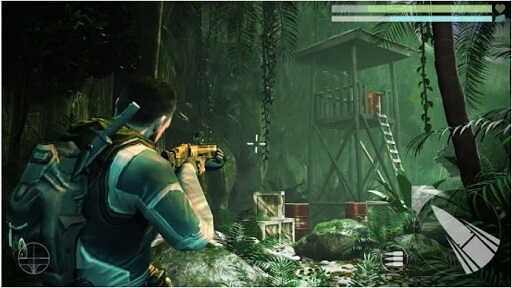 Dragon Blade takes you to the golden era of the 80’s and 90’s action RPG games. It is the revival of the top-down interface which is really old school. This game provides the facility to customize your phone seven classes including thieves, warrior, archer, mages, and so on. Dragon Blade is free to play. This game’s developers believe just play to win and have a fun methodology. 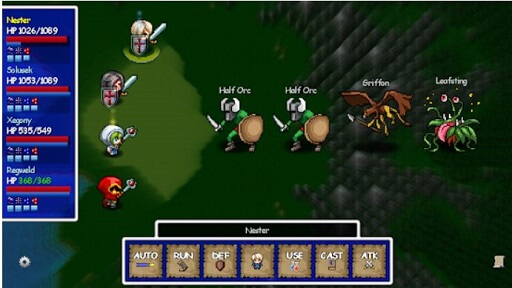 Enter the world of fantasy adventure and be a GOD for a chubby kid by guiding him throughout the journey. You will make decisions for the kid and helps him to succeed in the quests. God of Magic has come up with the six mini-games which help you to improve your skills including spell casting, lock picking, logic, etc. As you will keep on upgrading your skill levels you can also be able to unlock the most unique and amusing AVATARS. God of Magic is the best offline RPG game for android that takes you an incredible adventure ride.

Features of God of Magic-

Pros of God of Magic-

Cons of God of Magic- 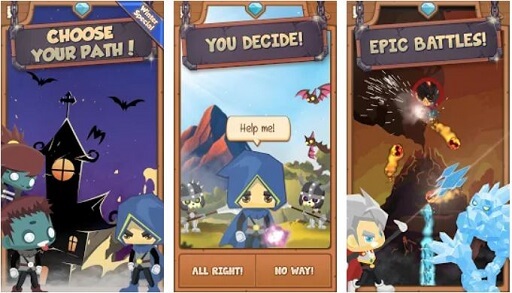 Have fun with the most engaging RPG game ever – Soul Warriors. In this hero’s war, there are two pleasing characters Shah and Hina. Hina is the more strong female character than Shah who defeats devils, demons in this dark world. The warriors, Shah and Hina, recently returned from the witch mountain to defeat the devils and demons. They both are fighting just to remove the darkness from the world and establish peace for the realm. 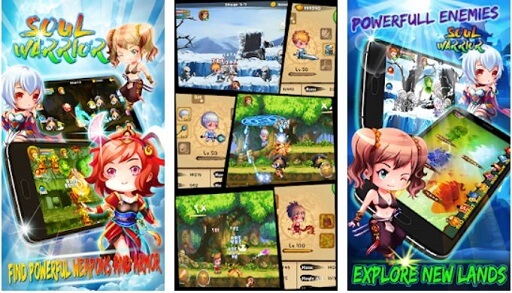 Searching for the best old-school RPG game – then Stone of Life Ex will surely impress you. SOL is the most captivating stylish RPG game that takes you on an open-world adventure. Uncountable dungeons for completing infinite challenges to be an ace player. Different strategies and hack play help you to get high scores. It offers four job classes as per your choices and lets you customize the weapons for each job class.

Features of Stone of Life Ex-

Pros of Stone of Life Ex-

Cons of Stone of Life Ex- 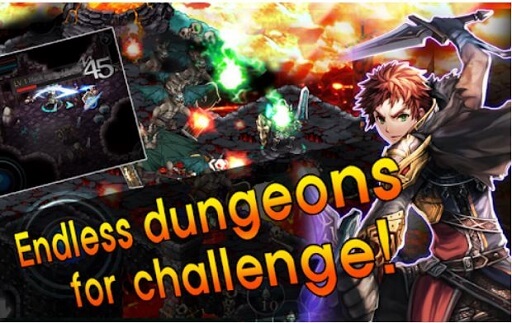 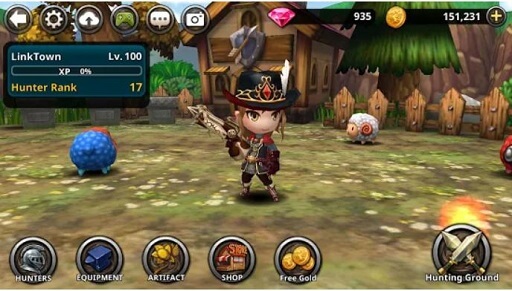 Prevent the things from turning into the darkness because of Demons and Dungeons as you are the only monster slayer who can do so. The world was resting peacefully by believing that all the dangers are gone and everything is safe till the sky rained fire of burning rocks. These rocks opened the long-closed gates to the underworld and gave freedom to legions of orcs, demons, ogres, and devils ready to break havoc on this world. You play as the last dragon champion and you have to restore peace in this world.

Pros of Dungeon and Demons-

Cons of Dungeon and Demons-

Get ready to fight a true RPG game – Kingdom Quest. Be a witness of the fantastic action-stuffed journey and slay thousands of monsters to create peace for the realm. Crimson Warden is the hero or king of this open-world fantasy game. Crimson Warden is the one who slew numerous enemies with his powerful attributes before the army arrives. 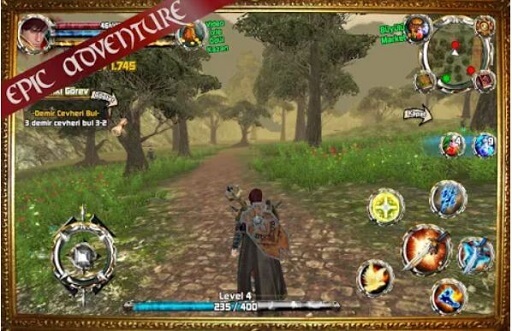 Darkness has been spread in the Realm of Auria. In this action-packed hack & slash RPG game. Be the merciless dungeon hunter or the savior of peace it’s your choice. Fight with legions of orcs, demons, and ogres to restore peace to this world. This game doesn’t provide any ranks or classes to be your legend. This game can only be played through your skills. No more auto-combat or auto-grinding. Be ready to join the epic battles of the best Android RPG offline game – Arcane Quest Legends 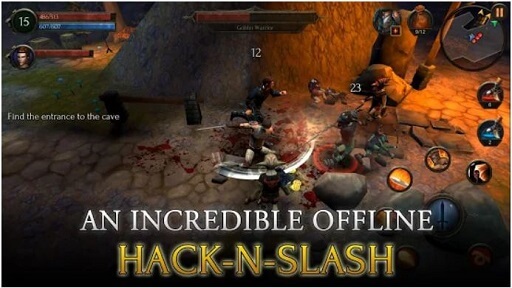 Join the demon and dungeons hunters team to get the incredible hack & slash adventure ever. Connect with the millions of raid hunters and win sanctum assault gear. It’s time to deal with all the monsters, devils, demons, and other terrors. Justice always needs high price efforts and this is an opportunity to get free the realm from the terror of devils, monsters, demons. You can be the ace player of the best offline RPG games by playing Dungeon Hunters 5.

Cos of Dungeon Hunter 5- 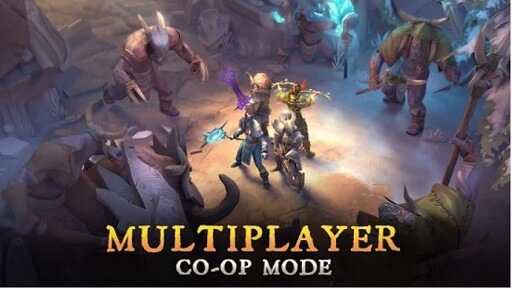 Here are some of the most frequently asked questions regarding the role-playing games that will clear everything you need to know about these games:

Yes, you can play most of the best free RPGs in offline mode. You can enjoy all the games listed in the above article in an offline mode. Some of these games provide an option to play in online or offline mode as you want.

Q.2 What are the best free offline RPG games?

It is very hard to ping on a single RPG to be the best. Every gamer has different priorities and likes. We researched the best RPGs have listed some of the very good ones in this article above. Download and install any of these RPGs according to your likes.

Q.3 What is the best offline RPG game for android?

As told earlier, it is very hard to point out anyone RPG as the best RPG for Android. So, here we have listed some of the best RPGs for Android built for different genre lovers. The storyline of all of these games is unique and provides you amazing gaming experience according to your preferences.

The above listed are the best offline RPG games for android that take you to another world of fantasy. RPG games make our boring life somewhat interesting. It takes us on a whole new journey and experiences the best of the fantasy worlds. In RPG games we play as a wholly different character with a different perspective. RPG games offer us adventure, thrill, excitement, and joy. These games are designed to entertain us and make our day. While playing as a protagonist we see ourselves as a hero who has to save this world on his shoulders. This feeling gives us an adrenalin rush and makes us play RPG games more than usual!

Keep yourself updated with the latest technology and trends with Innovana Thinklabs Limited.
Niharika Jun 15, 2021 0 5.02K