This blog talks about some of the best game boosters for Android devices. Having such apps installed in your phone has become a necessity of time. You might be thinking why do you require a game booster for your Android device. So first, let’s discuss the reasons why the game optimizer apps are necessary.

It becomes difficult to pass time when you have self-quarantined yourself. You cannot meet your friends, go outside, or do any outdoor activities. In this situation, there are very few options left to you. Either you can binge-watch your favorite shows or play mobile games with your friends (as everyone does not have a play station or an Xbox). Binge-watching also doesn’t seem to be a good option for those who just have limited mobile data. The only good option left for you is playing mobile games. However, everyone doesn’t have a gaming phone. Hence your Android phone might get lagged while playing games such as PUBG, Mortal Kombat, Call of Duty, etc. But don’t worry, we do have a solution to this problem. In fact, we have multiple solutions to the problem. We have brought a list of some of the best game optimizer for Android.

Here we have listed some of the best game boosters for Android in 2020. These apps are capable enough to provide you hassle-free gaming experience.

The first name on our list of some best game booster apps is Dr. Booster. It is a multi-purpose game optimizer tool. The app can free up space on your RAM so that there is more space on the RAM for the mobile game that you play. You don’t even need to open the app to boost games, as it provides a floating boost button. This one of the best game optimizer for android can perform a real-time optimization while you are playing a game. Along with boosting games, Dr. Booster also provides you security from malware threats. It scans new applications while you install them. You can also move this game booster app to your SD card if you don’t have enough space on your phone. 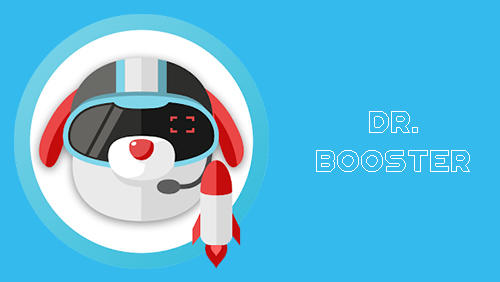 Game Booster is one of the oldest game boosting applications for Android. It is since 2009 and is still a great choice if you want to optimize the gaming performance of your phone. It is one of the top-rated game booster for Android since a long ago. The app can provide you with multiple features. It can help you with optimizing your phone’s CPU and RAM to have a great gaming experience. It comes with an advanced Linux CPU management that helps your Android device to attain its maximum performance. Hence, if you want to play heavy games then, you can consider it as one of the best game booster for Android to play PUBG and many other heavy games. However, if you want to enjoy more advanced features like the FPS monitor, then you must have to root your device. 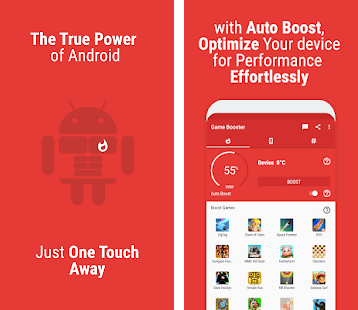 Nox Cleaner is not an application that is primarily designed for optimizing games. It is a phone cleaner and optimizer app that also comes with a feature to boost games. Despite not being a pure game booster, Nox Cleaner provides quite effective game optimization. You can use it to optimize some of your favorite games like PUBG, and hence it can be considered as one of the best game booster for PUBG mobile. Along with boosting games, Nox Cleaner also provides various other features such as junk cleaning, improving battery life, CPU cooling, etc. All these features make it the best game optimizer for android. 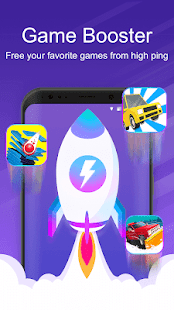 Gaming Mode is a compact yet effective game optimized for Android. It is unbelievable that this game booster offers so many features despite being such compact. First of all, it optimizes the gaming performance of your device. Along with that, it can also block the incoming calls while you play games. Isn’t it amazing? We all have ended up in a situation where we are about to win the match but suddenly received a call because of which we ended up on the losing side. It happens usually with the people who play online multiplayer games such as PUBG. But with Gaming Mode, you can save yourself with this situation. It can be the best game booster for PUBG mobile players. Along with this, Gaming Mode also provides features such as configuring brightness settings, widgets to launch games, blocking notifications, etc. All these features make Gaming Mode one of the best game booster for Android.

Last but not least, we have Game Booster – One Tap Advanced Speed Booster. This one of the best game optimizer for Android has been developed by Photo Tools Lab. It is considered as the most intuitive game boosting app. Game Booster – One Tap Advanced Speed Booster can optimize your device for gaming with just one tap. It functions as a game optimizer and an app launcher as well. The app also provides some advanced features including, resolution customization, FPS limit customization, etc. In short, it provides advanced GFX features. Due to so many features and intuitive interface, the app can be considered as the best game booster for Android. 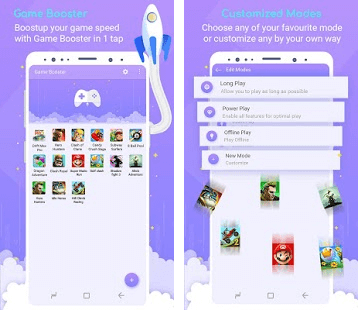 So, these are some of the best game booster for Android in 2020. Install any one of the above-mentioned gaming optimizer apps and enjoy gaming like never before. For more such helpful information, subscribe to Innovana Blogs and bookmark the page as well. We’ll get back to you soon with more such information.