Judging how the graphics card is performing was never an easy task. But, luckily, a technique called benchmarking has made it less cumbersome for you to know how is the performance of the graphics card so that you know when is the time to update the graphics drives for a smooth gaming experience. The best graphics card benchmarks push the card to its maximum capabilities so that you get an idea of whether the card can handle the high-end games and other software with a high graphic requirement or not.

Moreover, the best GPU benchmarks test your graphic card intensively so that you know how much load it can bear.

How to Solve Graphic Card Problems

Sometimes, the graphic card drivers start acting up and cause various errors. Thus, the best way to resolve these issues is by updating the drivers with the top driver updater, i.e., ITL Driver Updater. This tool not only updates drivers in a jiffy and fixes all the issues but also takes the PC’s performance a notch up. Below is the link to get it.

After you are done updating graphic card drivers, run the GPU benchmark to judge the card’s performance.

Why Run the Best GPU Benchmarks

As said earlier, running the best GPU benchmark for Windows helps you know how your graphics card performs under tough situations. In addition to this, the graphic card benchmarking is essential for numerous other reasons. The key ones out of them are listed below.

Now that you know why graphic card benchmarking is crucial and how it can help you, knowing about the types of benchmarking is also essential. If you are acquainted with the kinds of benchmarks, then it is easier to decide which are the best graphics card test tools that you can use. 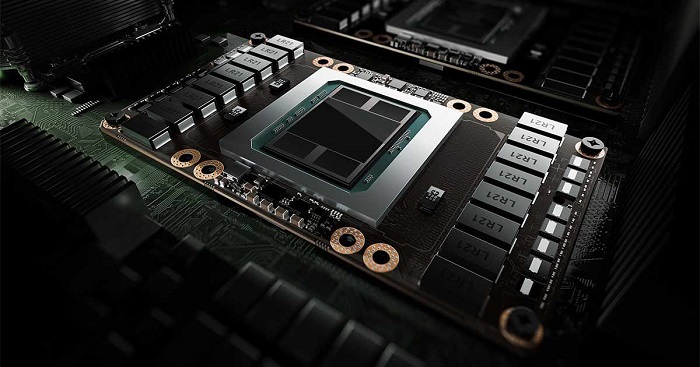 The graphics card benchmark for Windows can be categorized into two types. We discuss both of them below.

Also Read: How to Update Graphics Drivers on Windows 10 Easily

What are the Types of Graphic Card Benchmarks

As said above, there’re two categories of benchmarks for graphic cards. Here they are.

This type of graphic card benchmark for Windows is run using synthetic software having their built-in graphics card test tools to calculate the performance scores. These scores are in the form of big numbers. A higher score indicates that your graphic card performs better than the other cards with lower scores. These GPU benchmark test software, also known as artificial benchmarking, is a trustworthy and easy way to know how well your graphics card is performing.

This type of benchmarking is for all those gamers for whom gaming performance means a lot more than the synthetic benchmarking scores and who are desirous of knowing about the frame rates and fps they are getting while playing a game. It is also called as real-world benchmarking and measures the fps during live gameplay. More fps means your graphics card is capable of playing games smoothly.

The selection of the correct graphic card benchmark software for Windows depends upon whether you want to run a synthetic or real-time benchmark test. Below we list out the best free GPU benchmark tools for both the benchmarking types so that you can choose the appropriate tool to judge the graphic card’s performance.

This is another best graphic card benchmark tool for gamers and overclockers. This synthetic benchmark software pushes your graphics card to the maximum possible limits and shows you how stable it is. It also helps you judge the effectiveness of your graphics card cooler. In addition to this, the software’s other noteworthy features include multiplatform support, GPU temperature, clock monitoring, and more. Let’s now summarize these features below. 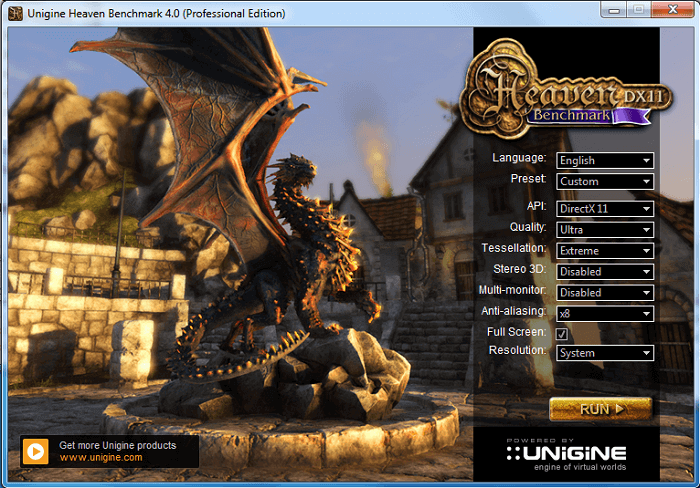 Also Know: Graphics Card Problems And Solutions | Here’s Everything You Need To Know

This is another free and among the best graphic card test tools that let you compare your card’s performance with that of the other users. All that you are required to do for running the benchmark test is download it, select your desired API, start the test, and then wait for the software to display the score so that you can compare it with the other similar graphic cards. In a nutshell, below are the central features of GFXBench. 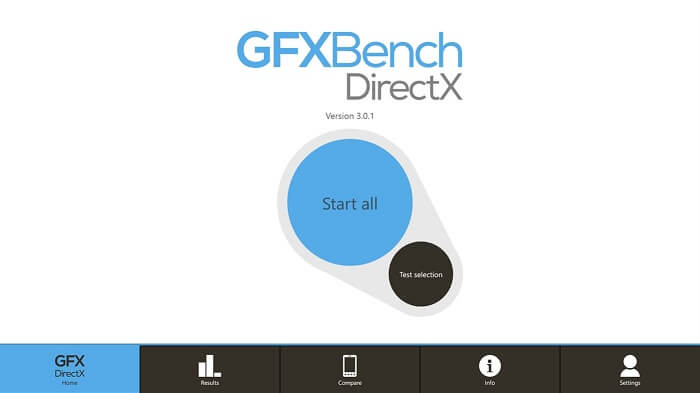 This product from FutureMark is the most popular and one of the best graphic card benchmark software for synthetic benchmarking. It lets you have a quick view of how your graphics card is performing in comparison to the other cards. The basic edition is free to use, but if you want to do an in-depth analysis of the graphic card’s performance, then you can spend a few bucks and get the advanced version. Below we have summarized its features. 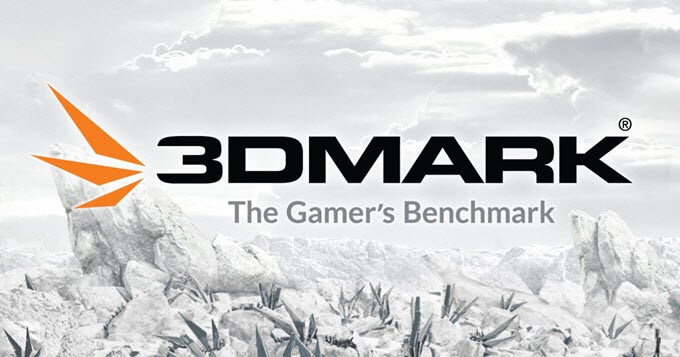 This is another widely used and among the best GPU benchmark for Windows to run synthetic benchmarking tests. To check the graphic card’s performance, you need to download the PerformanceTest from PassMark’s official website. It lets you run 2D and 3D tests. These tests check the vectors, fonts, bitmaps, 4K resolution, GUI elements, and various other factors. Below are the key highlights of this benchmark software.

This tool is one of the most trusted and best GPU benchmark tools to judge the GPU’s stability and stress it can handle. FurMark, also called GPU burner, needs an OpenGL compliant graphics card and can also monitor the GPU’s temperature. Let’s now have a look at the key highlights of this software.

This best graphic card and GPU benchmark for Windows evaluates the GPU’s 3D speed and lets you compare the results with other graphic cards effortlessly. The cherry on top of the cake is, you don’t even need to spend a penny to get this tool as it is a free GPU benchmark available for Windows. Below are the striking features of this best GPU benchmark software.

Also Know: How To Reinstall Graphics Driver On Windows 10?

This is another offering from Unigine, the developers of Heaven benchmark. Superposition the latest and free GPU benchmark runs rigorous tests on your graphics card to evaluate its performance and stability. Once the test results appear, you may compare and judge the performance of your GPU in comparison to the other GPU’s on the leaderboard. This helps you decide whether you should go for a graphics card update or not. We talk about its distinguishing characteristics below.

This snappy and straightforward, and OpenGL benchmark software is undoubtedly one of the best graphic card benchmarking tool ever created. It runs several tests on your graphic card and then lets you compare the results with the other users having similar graphics card configurations. Do give it a try to know where your card’s performance stands. Let’s have a look at a few of its highlighting features.

This best GPU benchmark software for Windows lets you know whether a particular high-end game will run on your PC or not. It compares the hardware capabilities with the game requirements and declares whether your PC is capable to support the game or not. In addition to this, it also tests the graphic card performance and displays the score both numerically and graphically. Let’s have a look at its distinct features.

This is our last pick for the list of the best GPU benchmark. What makes this GPU benchmark test software unique is, in addition to providing the regular information about your GPU, it also allows you to overclock the GPU, create custom fan profile, run in-game tests, record the gameplay and take its screenshot. What else can anyone want? Most probably, nothing. Here we talk about some of its unique characteristics.

Here comes another best stress test for GPU. This graphics card benchmark software pushes the GPU to its maximum limits so that hardware issues can be detected well in advance. Moreover, it comes with a monitoring engine to let you review the issues with your GPU and judge how it performs when there is a heavy load. It has the availability of both paid and free editions. The free edition is available only for personal use and offers five graphic card tests, real-time performance monitoring, a temperature monitor, complete test report with graphics so that you can take further decisions about the GPU with ease. 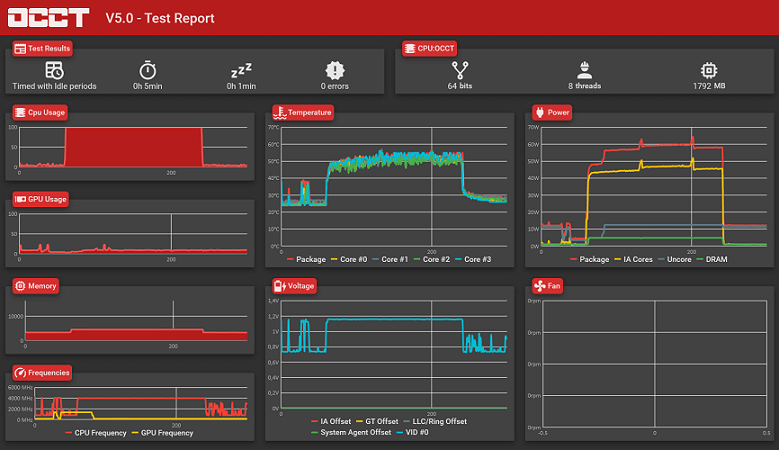 Here comes an ultimate GPU diagnostic tool. With this best free GPU benchmark in 2020, you can do a detailed analysis of the GPU and judge whether you need to update drivers or overclock the processors or not. Along with real-time monitoring, it offers a plethora of useful features. Let’s discuss a few of them below. 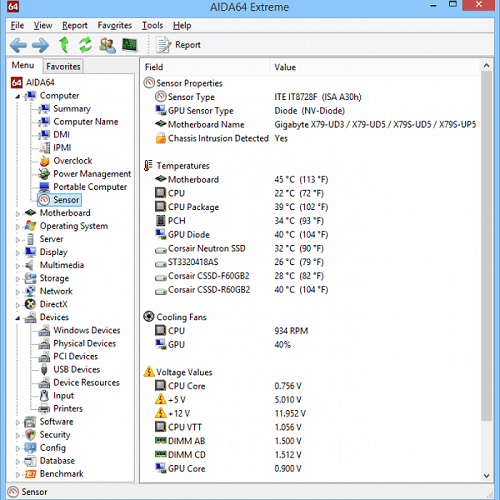 Here comes another power-packed and the best GPU benchmark software. It pushes your GPU to its maximum potential so that you can judge whether it can survive the heavy gaming sessions or not. Talking about the features of the incredible software, it has some of the much-needed offerings such as an option to choose from a long GPU burn-in test and a single benchmarking test. In addition to this, below are its other striking features. 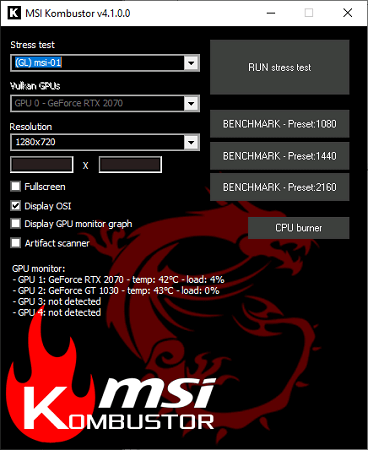 If you want to check the efficiency of the cooling system along with running a GPU burn-in test, then this is among the best GPU benchmark software that you can use. It tests the GPU’s performance under maximum stress conditions and also checks how efficiently the cooling fan and the power supply unit performs. In addition to this, below are its prominent features. 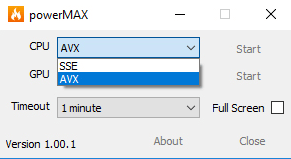 These were our topmost picks for the best graphic card benchmarks. Select the one that fits your requirements the most. While selecting a benchmark for your GPU and graphics card, consider the type of benchmarking you need to perform. Lastly, before you leave, do not forget to subscribe to our newsletter and let us know in the comments whether this blog-post has helped you or not.