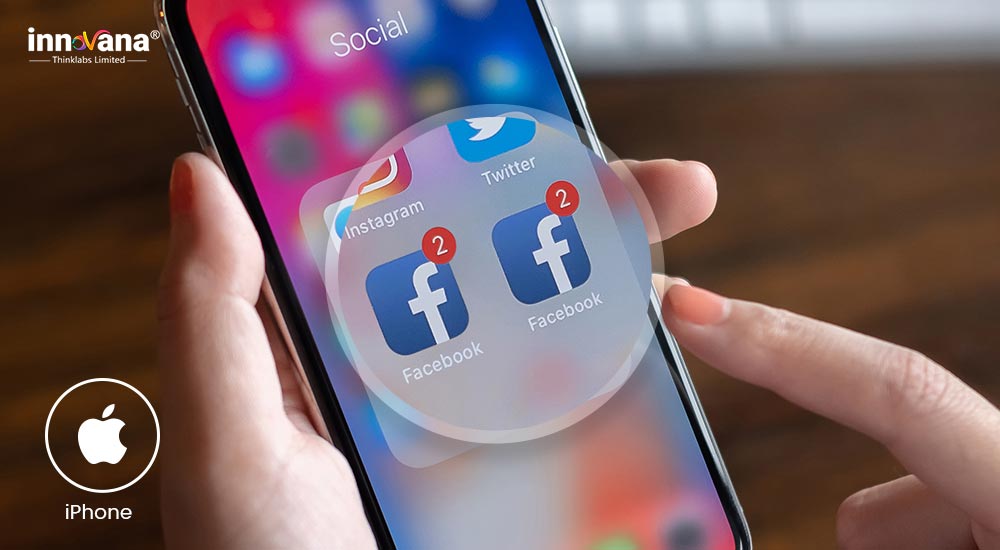 Keeping work and private life separate is essential for living a peaceful life. Android users can do it with ease as they can use multiple accounts of the same app on a single phone. But, what about the iPhone users that are burdened with so many restrictions? Is there any option other than to jailbreak for bypassing the limitations? Well, yes, there is a ray of hope in the form of the best iOS app cloners to duplicate apps on the iPhone without jailbreak.

With the best iOS app cloners, you can enjoy multiple accounts of the same app on your iPhone and clone apps like the Android users, even without jailbreak. So now, without any delay, let’s check them below.

Below we have described some best iOS app cloners that do not require you to perform Jailbreak to duplicate an app.

The first name on our list of some best iOS app cloners is Parallel Space. Along with iOS, this cloning application is famous for duplicating apps on Android as well. By using Parallel Space, you can clone and manage all your cloned apps by just following a few easy steps. It is one of the most trusted clone apps for iOS and Android. The other major feature of this cloner app is that it is very compact and hence utilizes a very small amount of your memory.

However, the features are not enough to describe this app duplicator application of iOS. Hence, we have also mentioned the pros and cons. 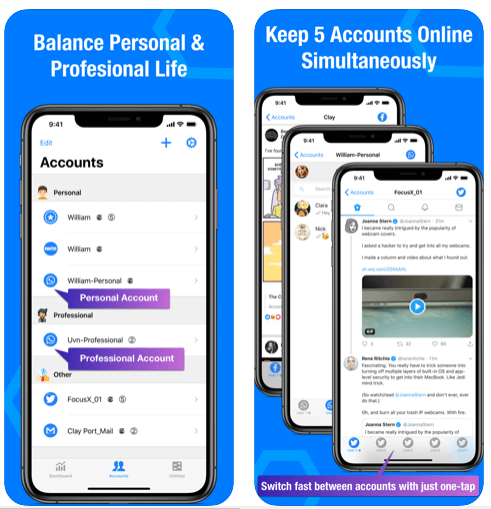 Dual Space Social Manager comes with a feature of managing multiple social media accounts in one place. And it also allows you to name your multiple accounts. It supports several major social media accounts such as Facebook, Instagram, WhatsApp, etc. Along with this, you get various other lucrative & useful features as well in this dual app iOS application. Hence, we consider it as one of the best utility to clone an app on iOS.

We have also evaluated the pros and cons of this iPhone app cloning application. Here they are. 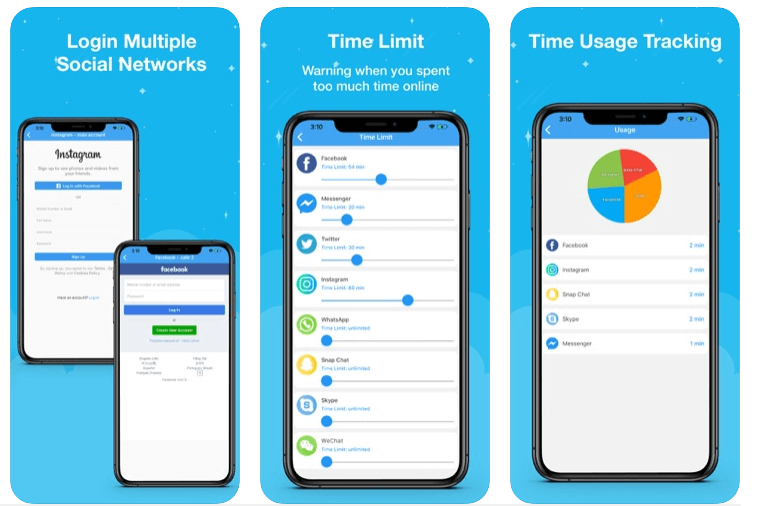 Dual Accounts Multi Space App is a multi-feature iOS cloner app. It allows you to clone apps for iPhone. Along with cloning apps, it also provides several other features such as a private browser, photo/video locker, etc. This app can also hide your private photos and videos. It also comes with an inbuilt video player. Hence, this iOS cloner app can be a one-stop solution for your many requirements. Although it can only clone social media apps.

Along with these multiple features, you must also know the pros and cons of the Dual Accounts Multi Space App before using it to clone social media apps on your iOS smartphone. Hence, we have mentioned them below. 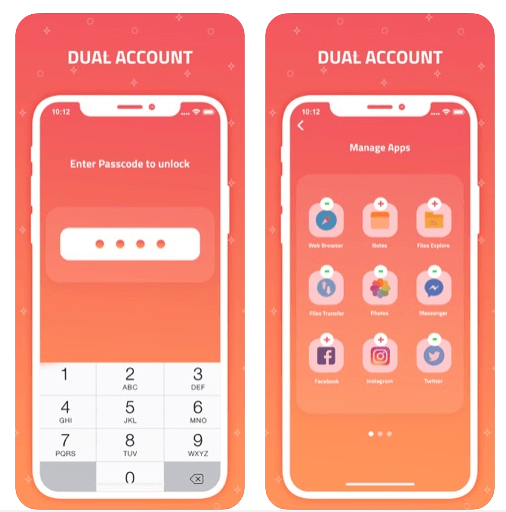 Here is another great cloner to duplicate apps on your iPhone. People consider it as one of the best app cloner for iOS because of the unique features. You can even clone games along with the social media apps by using Slices. It also offers a quite simple user interface. One can clone apps using this application through the system settings of his/her iPhone. You can then even rename, create or, delete the slices. If you are obsessed and possessive for your game high score, then this app can help you to prevent it from being overwritten.

However, before using any of the best iOS app cloners to duplicate apps on your iPhone, you must be aware of its pros and cons. Hence, below we have provided the pros and cons of Slices. 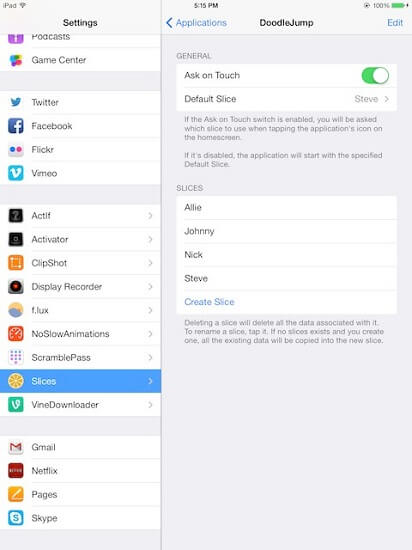 TutuApp is not a regular cloner app that you can simply use to clone apps for iPhone. It can be considered as an app store that provides various multiple versions of apps installing which you can use your multiple user accounts. However, it requires a bit more effort to download and install apps from TutuApp. But, if you want to use various versions of the same app, then you can go for this one of the best app cloners for iOS. It comes with both free and paid versions.

While evaluating TutuApp, we have also noted some of its pros and cons. Below we have mentioned them. 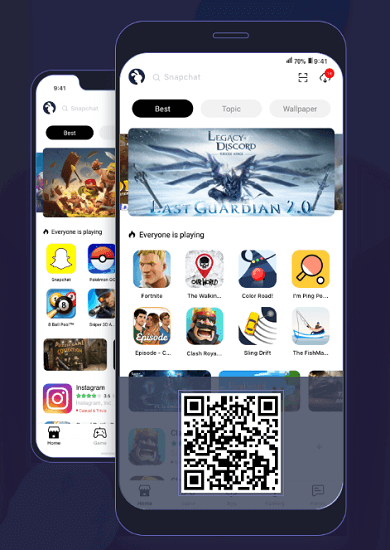 Do you want to create a duplicate of your iPhone? If yes, then perhaps this is the best app cloner for iOS to do it. As the name of the app suggests, it allows you to form a replica of all the applications on your device without jailbreak. In addition to cloning apps, you can also use it to clone your contacts, photos, and videos. Moreover, the app can also be used to transfer data from one phone to another with ease.

Phone Clone also has its pros and cons. Here we have discussed them below. 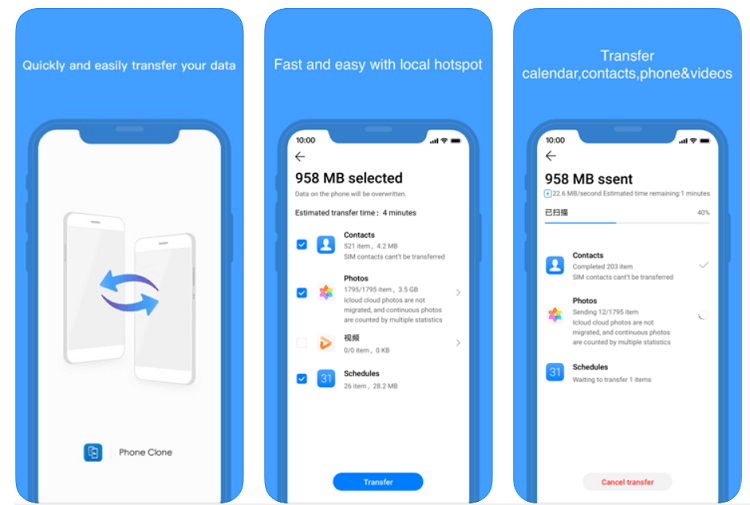 Also Read: How to Transfer Files From iPhone to Mac Without iTunes

Nowadays, users have multiple accounts on the same social media application. If you are also one of them, then you can keep all these accounts securely on a single phone with this best app cloner for iOS. It supports a plethora of social media platforms such as WhatsApp, Facebook, Instagram, Messenger, and more. Further, this app does not limit the number of accounts that you can log in using it.

For a better understanding of this iPhone social media app cloner, we have mentioned its pros and cons below. 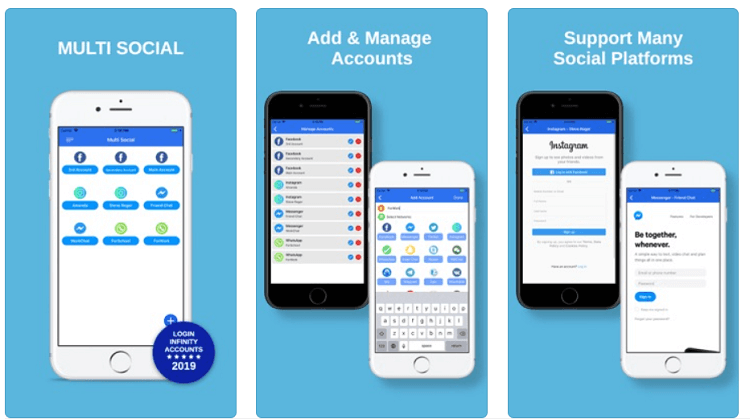 Just like the TutuApp, Duplicate Store is also not a usual iOS app cloner. Instead of cloning apps, it provides duplicate apps for your iPhone. With this best tool to keep dual apps on the iOS smartphone, you can install the previous versions of the apps you want. In this way, you can use your multiple accounts of a particular application on an iPhone. Duplicate Store allows you to use the dual version of the major social media apps, including WhatsApp, Snapchat, Instagram, Skype, etc.

Duplicate Store also possesses a few pros and cons that you must know before trying it. Here we have listed them below.

However, you can still clone the apps on iPhone without jailbreak even if you don’t want to use any of the apps from our list of some best iOS app cloners to duplicate Apps.

A Quick Look at the Best iOS App Cloners

How to Duplicate apps on iPhone without jailbreak?

If you don’t want to use any cloning app, you can still clone apps for iPhone by following the below-mentioned steps. However, you are required to have Mac with Xcode, iTunes, and Cydia Impactor to follow these steps. Here are the steps:

Step1: You are required to have a hacked IPA of the app you want to duplicate, hence locate it over the web.

Step2: Move the app you want to duplicate to the desktop and rename it from .ipa file to .zip file.

Step4: After clicking on .zip file you are taken to an extracted file, select the payload folder from there and drag it to your desktop

Step5: Open that folder and select the application file.

Step7: Look for the “info.plist” file and open it in Xcode. 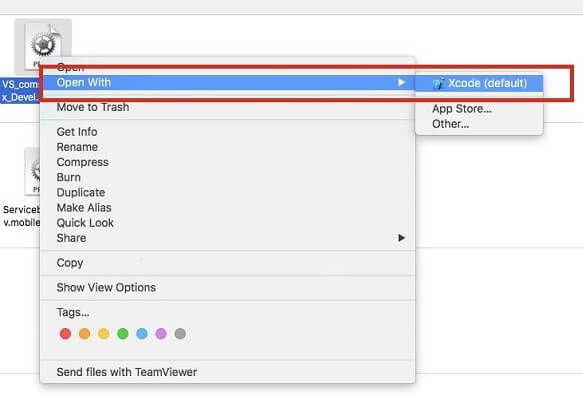 Step8: Search for “Bundle identifier” and edit its value in the form of com.company.appname.

Step9: Now go to “File” and click on “save” to submit the changes you have made.

Step10: After that close Xcode and compress the payload folder.

Step11: Change the compressed .zip file to .ipa file again, you can rename it whatever you want.

Step12: Launch the Cydia Impactor with your iPhone plugged in and sideload the .ipa file that you have just renamed.

Step13: After the app is sideloaded on your iPhone, open the system settings of your iPhone.

Step15: Now tap on the app you have just sideloaded.

Step16: At last, tap on Trust and after that Trust Again to verify the certificates. 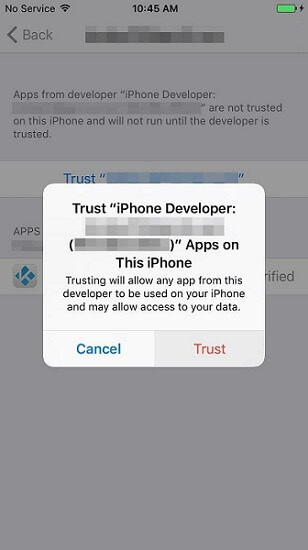 Hurray! Now you have two versions of the same app. You can use both of them without impacting either of them.

However, some of you may still have some queries for cloning apps on iPhone. Don’t worry. Here we’ll resolve all of them.

Below we have answered some of the most common and frequently asked questions about cloning apps.

In simple terms, cloning means using more than one account of an app on the same phone. Users prefer cloning over duplicate and virtual apps as it consumes fewer resources. However, it does not allow you to use more than two accounts of any application.

As per the name, it seems that the term refers to breaking or escaping some prison or jail and getting free from it. But in the context of Apple devices, Jailbreaking means the getting privilege escalation from the app restrictions imposed by the company. For example, Apple does not allow to clone apps on its iPhone. But after Jailbreaking, one can easily avoid this restriction.

Why do you use clone apps on the iPhone?

Unlike Android or Windows users that are privileged enough to use more than one account of any application on their phone, iPhone users cannot use more than a single account. They need to jailbreak the phone for doing that. But, jailbreaking exposes the device to various security threats. Therefore, clone apps are used to duplicate an application so that you can use them with multiple accounts on a single device without performing a jailbreak.

Is it safe to clone apps on iPhone?

It depends on the way through which you clone or duplicate apps on your iOS device. If you do it with Jailbreak, then it may bring some risk to your device. However, it is pretty safe if you do it with some best iOS app cloners.

Is there any other way of cloning applications on the iPhone apart from the Jailbreak and using the iOS cloner app?

Yes, you can clone and create dual iOS apps even without using the Jailbreak or any iPhone cloner app. But, you have to do it manually, and that method requires you to follow several steps. First of all, you need to have a Mac with Xcode, iTunes, and Cydia Impactor. Then after that, follow the above steps to duplicate the iPhone apps manually.

Which is the best way to clone iOS apps?

As per our observation, using some best iOS cloner apps is the best way to duplicate apps on iPhone. It is quite effortless and safer as compared to the manual method to clone iPhone apps and Jailbreaking. It also quite effective as well.

Above, we have discussed multiple ways to clone apps for iPhone. If you are a tech-savvy person and have enough time to follow the manual method, then you can go for it. But, if not, then you can simply use any of the best iOS app cloners to duplicate apps that we have suggested above. Each of them possesses some unique features and has different functionality. So, choose wisely after evaluating the pros and cons that we have noted.

We hope that we have successfully answered the question ‘How to duplicate apps on the iPhone without Jailbreak?’ in this post. And if it helped you to manage your multiple accounts on different apps for the iPhone, then subscribe to Innovana blogs for more such posts.