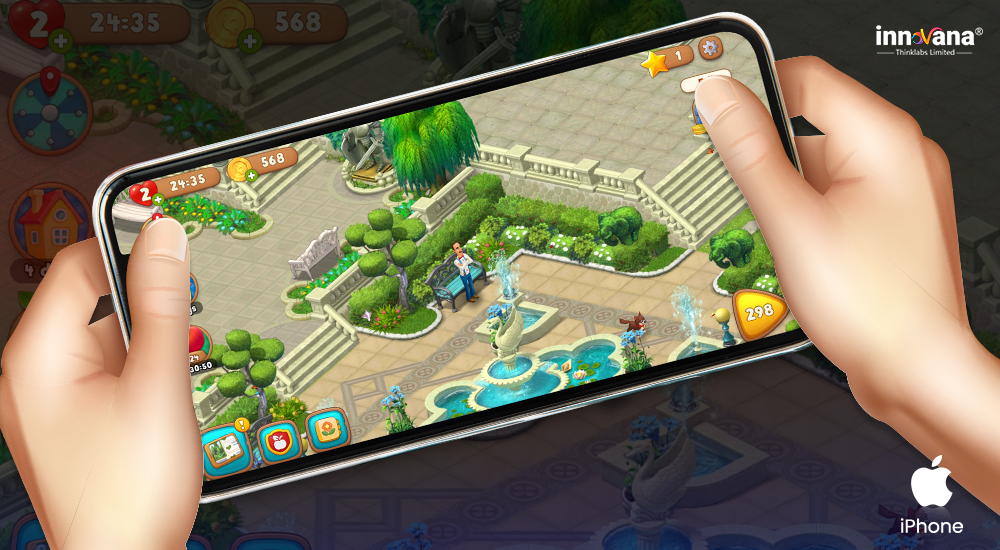 iPhones come with some of the best smartphone processors. They are capable of functioning any application smoothly. Hence, it is always a pleasure to play games on iPhones. Yes, we know that the battery drains too fast, but despite that, you all will agree to the fact that iPhones provide one of the most smooth gaming experience. If you like playing games on the convenient smartphone screen, then we have brought something good for you. Here we are going to mention some best games for iPhone that you can play online with your friends. However, if you do not have a strong internet connection, then also you can play some of the games mentioned below with ease. We have mentioned some good offline games as well. So, without taking your further time, we would like to start with the list of some best iPhone games.

Below, we have mentioned some best games for iPhone that you can play to entertain yourself. The list contains both online and offline games. So don’t quit reading, assuming that there is not for you. We have mentioned games of different categories.

Just like everyone, we would like to start our list with the best. Fortnite was earlier a much-loved PC game. Gamers all across the world are crazy about it. Hence, the developers have launched it for the mobile operating systems as well. You can get this game from the Apple App Store and play it with your friends and other online gamers. It is one of the most highly rated games on the App Store with a 4.6 rating along with 5.8 Million votes. When we talk about the plot, Fortnite is a fantasy action game that allows you to use your strategy to survive in the game. You have to survive till the last. The graphics are quite stunning and appealing. You can play this one of the best games for iPhone on Android as well.

Now we would like to list one of the most famous arcade game ever Angry Birds. Angry Birds 2 is the updated version of the original Angry Birds. The developers of both the games are the same, i.e., Rovio Entertainment. You all have played Angry Birds once in your life. Angry Birds 2 also has the same plot but offers various updated levels and more stunning and appealing graphics. Along with this, the developers have also taken care of offline gaming. Hence you can play Angry Birds 2 even without an internet connection. Angry Birds 2 offers some exciting new events and birds as well. One can easily consider this game among some best offline games for iPhone in 2020.

The next name on our list is Asphalt9: Legends. We bet that the gamers have got goosebumps even after reading the name only. Asphalt9: Legends is one of the best car racing games on multiple platforms including, Windows, iOS, macOS, etc. From graphics to cars to sound, everything is just perfect in this game. You can race with many exciting and advanced sports cars. Just like most of the racing games, Asphalt9: Legends also allows its players to win new cars by winning a race or accomplishing a level or mission. The game has been winning multiple video games awards for many years. If you love racing games, then you must try this one of the best games for the iPhone.

Now here comes one of the best offline games for the iPhone. You might be familiar with this iOS game as it is one of the top-rated strategy games on the App Store. Along with the gaming experience that it provides, another reason for its popularity is the compatibility it offers with most of the latest iPhones. You can play Sid Meier’s Civilization VI on iPhone 7 and all other iPhones that got release after iPhone 7. In this game, you have to build your civilization and have to tackle the difficulties with your unique strategies. The game also has different ages that your civilization has to face and conquer.

At last, we would like to mention the rockstar of video games. Gamers get ready to get goosebumps again because now we are talking about the most downloaded mobile games in the first week. Yes, it is none other than the Call of Duty. The classic PC video game is now available on the smartphone operating system as well. The game is one of the top-rated action mobile games on the App Store and Play Store both. Despite coming to the smaller screen, developers of Call of Duty are successful enough to provide the feel and graphics of the classic PC version of Call of Duty. If you are a fan of action games such as PUBG, Free Fire, etc. and haven’t tried this one of the best iPhone game till yet, then we highly recommend you to try it for once. You’ll love it.

So, the list of some best games for iPhones ends here, and now we would like to sum up which one of the above-mentioned games is best. There is no doubt that some of the games that we have mentioned above have immense ratings on the App Store. But, it doesn’t mean that the other ones are not good enough. All of them have a different genre, and all of them are best in that particular category of games. Hence, it is up to your preference, whether you like strategy games or racing games or arcade games. As per your preference, you can select any of the above as the best iPhone game.

Minecraft Won’t Launch on Windows 10 – Know How to Fix!