HomeSmartphone14 Best Voice Changer Apps for Android and iPhone in 2020 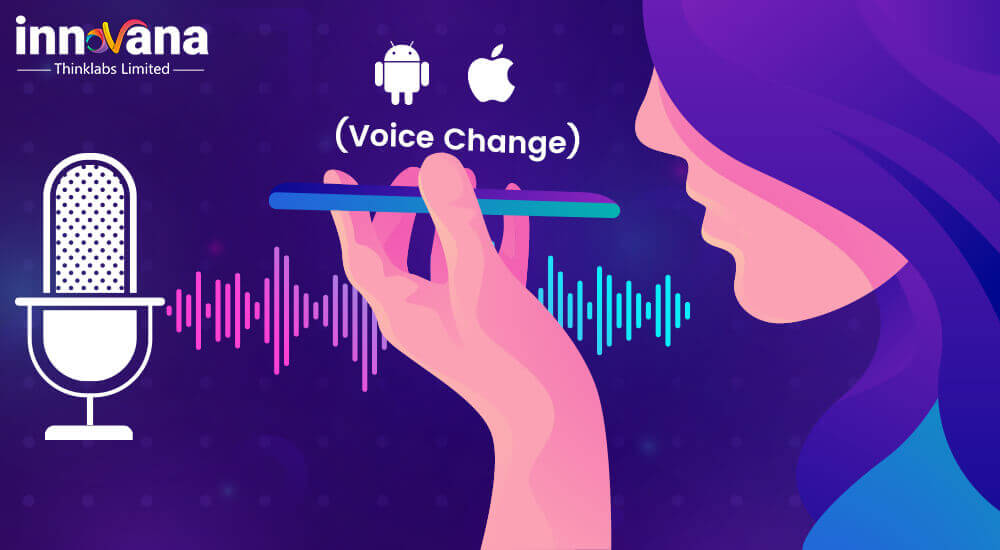 Ever wanted to play a prank on someone by changing your voice over a phone call? Yes, it can be fun sometimes to try it out with the help of the best free voice changer apps during calls. These apps help to disguise your real voice and change it to some hilarious tones. Some developers have developed exciting applications that can modulate your voice in a number of ways.

In this article, we will look at call voice changer apps for both Android phones as well as iPhones.

The features of the voice changer apps can vary with each app having some unique sound effect to make us laugh. These apps can convert the tone of your voice, alter its gender and also make your voice sound like animals or aliens.

These on-call sound modifier programs and voice recorders are specifically designed for the Android OS and can be downloaded easily from the Play Store.

This is a program for changing voice during a call with the help of vocoder technology with real-time FFT spectral analysis. This app lets you modulate your voice to something scary, funny, or even make it resemble some famous robot’s voice. This app can also be used to pre-record your voice with special effects and share it with your friends later. You can save your recordings on SoundCloud. You get an option to choose from 32 voice options. The interface is easy enough to use and lets you slide the finger across the X-Y control field to transform the settings of the app. This app can be used while making calls and has three different modes, namely real-time, parrot and recording mode, that can be used to modulate your voice. 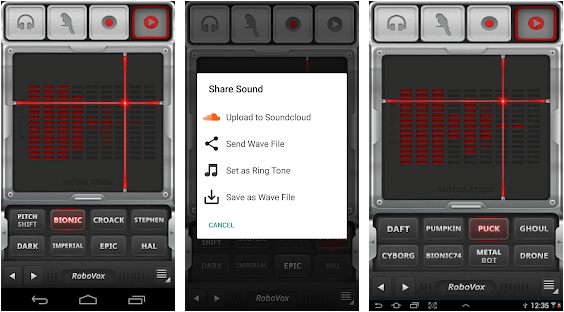 An excellent voice changer app that can not only modulate the voice with the help of special voice effects but also helps to record it. This app lets you share the recorded audio clip on WhatsApp, e-mail, etc. You can create a voice from the text and also create an image with the sound that can further be shared on facebook. There are more than 40 voice effects, including alien and zombie voice and many more. 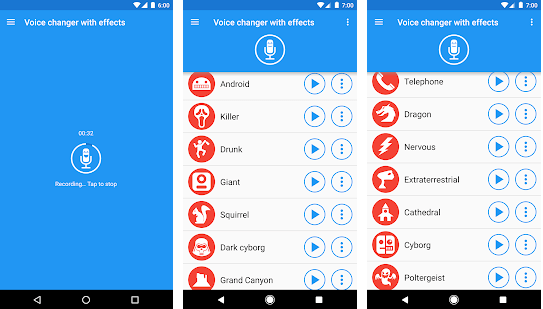 This is among one of the best voice changer apps that can be used to either record your voice or by selecting a pre-existing audio file and then adding special voice effects to it. Such audio files can be shared with others via Whatsapp, Twitter, Facebook, etc. There are multiple effects to choose from and play pranks. 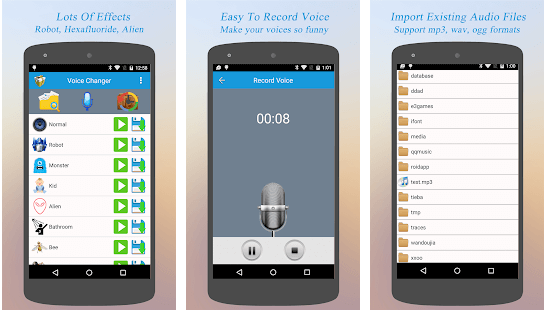 This is a live voice changer app that can offer to change your voice in real-time during calls. This is a perfect app for having fun with your family and friends without spending too much from your pocket. This app offers to play sound emoticons too like kiss, clap, etc. during the call. You can also earn free credits after registering for the time. This app, in fact, gained popularity lately, as it officially partnered with BalajiMotionPictures for their movie Dream Girl. You can also get the option of changing the voice from male to female with a special voice feature of ‘Dream Girl’s Voice.’ This app also offers additional features like adding background sound effects on a call such as musical concert sound, sounds of rain and can add traffic noise too. 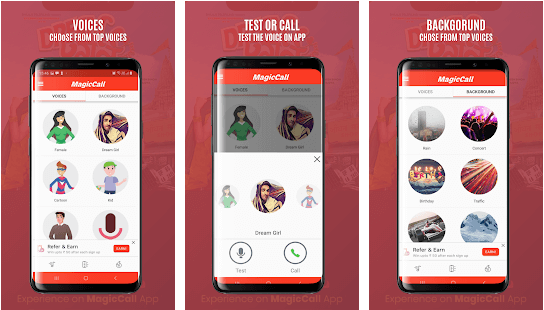 You can do plenty with this app, such as recording your voice and sharing the audio clip later, or even playing the audio file directly during a call. You can also change a male voice to a female tone on call. This app also offers many funny voices and sound effects.

This is another excellent live voice changer app that can help to have some fun during real-time calls. This app can also be used to make HD voice recordings. There is a wide range of voice effects to choose from while making fake calls. 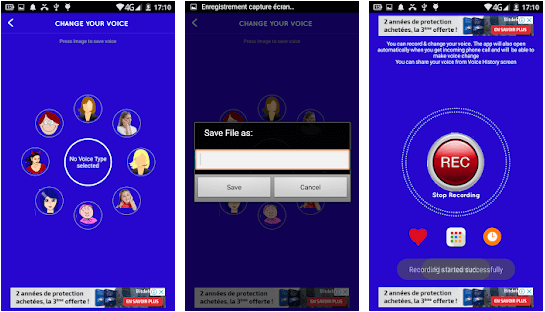 This is another effective voice changer app that can be used to play some marvelous tricks on your acquaintances with the help of a voice modulator recorder. There are numerous voice changing effects such as wolf sound, old radio tone, and many more. The user interface is eye-catchy. 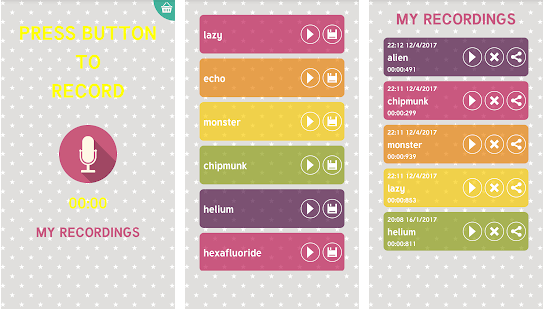 These kinds of on-call sound modifier apps and voice changers are specifically designed for iOS and can be downloaded easily from the App Store. Below are the seven best applications for iPhones.

One of the most popular voice changer app that can be used during calls that offers multiple voice options and background sound effects. What you get to do more with this app is to record your calls and share it with your friends and family. You can also use the Demo call feature, which is free of cost. You can even use this app to change a male voice to female and vice versa. 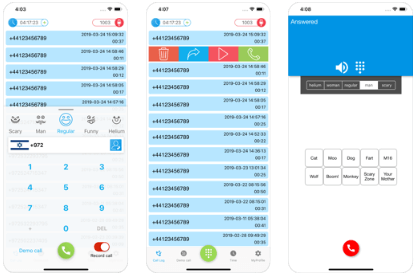 Now make fun of your friends with this voice modulator app during calls. This app lets you dial prank calls with different voice effects and tones. Users get to make three free calls daily. There are new pranks added regularly. 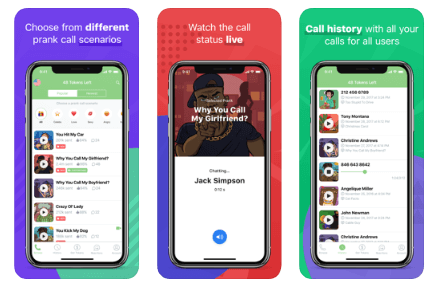 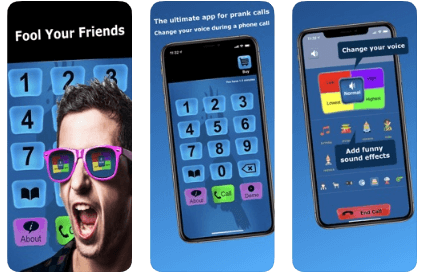 This can be called another ultimate call voice changer app to transform the voice of the caller along with the background noise. Users can actually test and preview the voice effect before making the actual call. 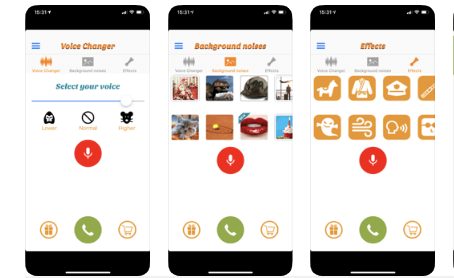 Also know: How to Delete Apps on iPhone / iPad ?

This call voice alteration app is a newer app that can be used to fake the gender of the speaker and has 11 applicable voice effects. The app can also be used to record audio with special effects and store them as special files. The app has a 12-band equalizer to tone down the voice effects in order to make them sound more natural. 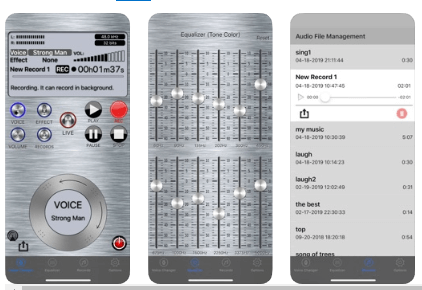 This is another excellent voice modulator app that can be used during the call to convert the voice of the speaker. The voice effects are not applicable in real-time, though, but there are a lot of exciting voice filters to select from and add fun effects to the audio clips. Users can also record and share their modified audio clips via SMS, Email, Facebook, etc. 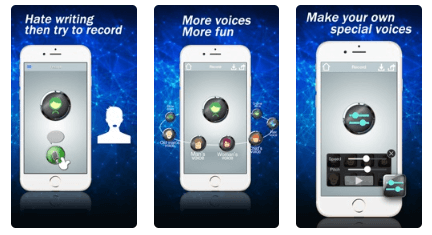 This tool can be used as a call voice converter app that can be used not only to transform the voice during calls but also in recordings. You can sound like a lot of things and record everything in real-time. You can also edit your recordings and share them easily with your friends to have some fun. This app can also function as an audio file player. 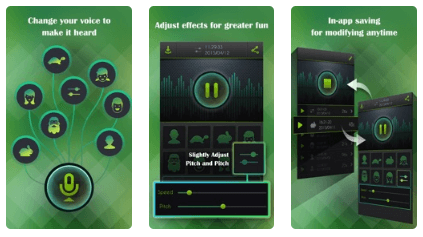 What can be ultimately said is that if you want to have fun with your family or friends and if you wish to surprise them with a prank call, then make use of some of the best free voice changer apps during your phone calls that have been mentioned in this blog. These apps can also be used to create several funny audio clips that can be used elsewhere, such as with videos, etc.

Snigdha is a technical content writer with expertise in the field of science & technology. Though, she comes from a very different academic and professional background yet she finds creative satisfaction through writing and wishes to add value on this front. When not writing, she loves exploring Nature and the Wild, and is an ardent animal lover.
Comment 1