In the gaming industry, April Fool’s day has its unique significance. As the companies release major updates during this period. Following this world’s most popular online game PUBG, has also launched a new event mode for a limited period. PUBG has launched the “Fantasy Battle Royale” event mode for all the online soldiers from April 1 to April 7.

It can also be seen as a moment of some lighthearted fun, because currently the major population across the globe is suffering from the Coronavirus Pandemic. People have self-quarantined themself and following social distancing. We all know that life without our friends and loved ones become boring, and PUBG’s new Fantasy Battle Royale can be a good option to engage ourselves.

What is Fantasy Battle Royal 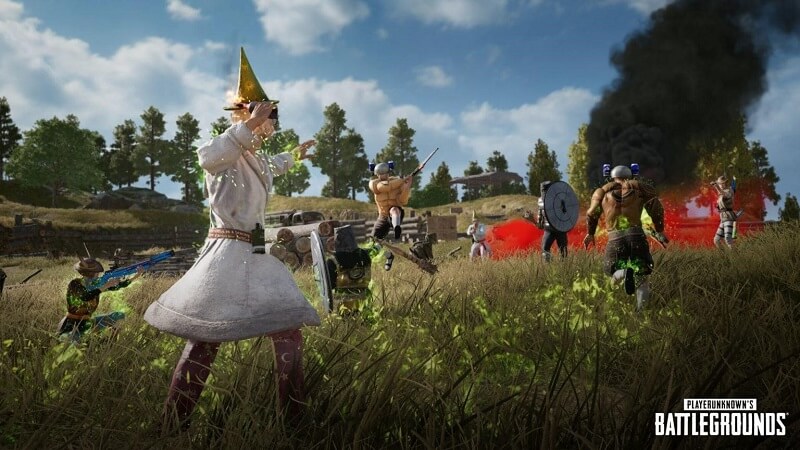 PUBG’s Fantasy Battle Royale event mode is a completely new thing for all the PUBG players. It has four fantasy classes. You can choose any one of them and enjoy the Battlegrounds in a completely different manner. The players don’t require to have some additional resources as PUBG has designed this event mode in such a way that it uses the existing resources more funnily and uniquely.

PUBG is also seeing it as an opportunity to test its upcoming new features. Hence, it leaves room for the Fantasy Battle Royale to be a full-fledged part of the game. Although it doesn’t mean that these features are going to be available in PUBG normal matches from tomorrow itself. The developers are going to work on it as per the feedbacks that the temporary event mode will receive from the players.

One of the unique things about this event is that all the rewards have to be earned. You are not required to purchase them. This has been decided by taking care of the current global scenario, as people have many other necessary things to spend their money.

Let’s discuss about the rules of this new event mode. 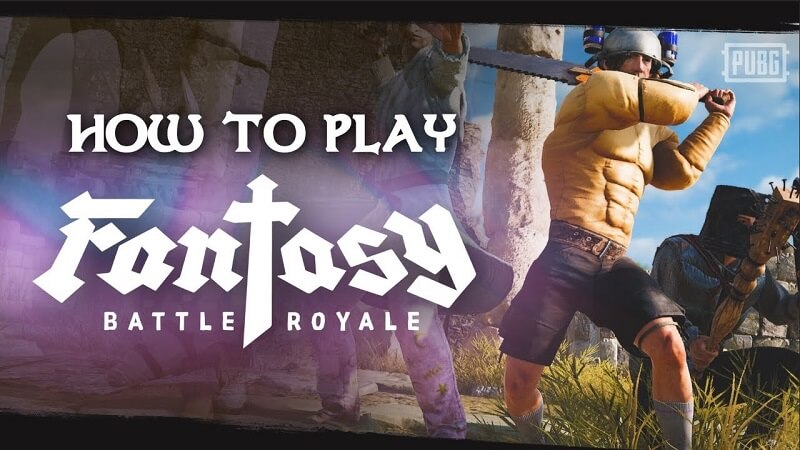 Here are some of the basic rules of PUBGs new Fantasy Battle Royal.

How to Get Started?

Once the matchmaking gets completed, you have to choose a class. There are no limits for class, so, you can be creative with your party. You also have to share the loot if you increase your classes by trouble, triple, or more.

After that you can start the match. It displays the first circle even before you jump. You have to be careful from the blue zone in Fantasy Battle Royale, because it causes more damage and even moves faster than the normal mode.

Fantasy Battle Royal has four different classes. Here is a brief description of each class. 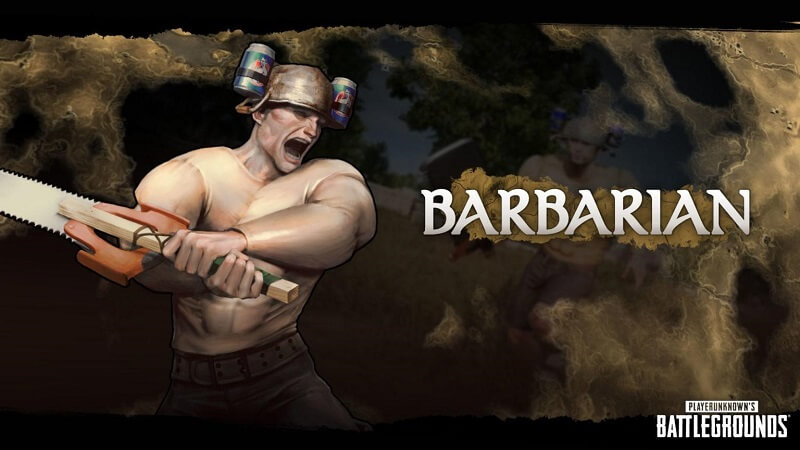 While introducing Barbarian, the developers have quoted “I would like to RAGE”. It is a perfect introductory quote for a Barbarian as the fearsome Barbarian uses his rage to increase the movement speed of Kick Ash Longsword and attack on the enemies.

Barbarian’s HP is quite high and produces mega energy drinks. Apart from all these things, Barbarian doesn’t have any other special skills. He is best when it comes to rush fights with opponents 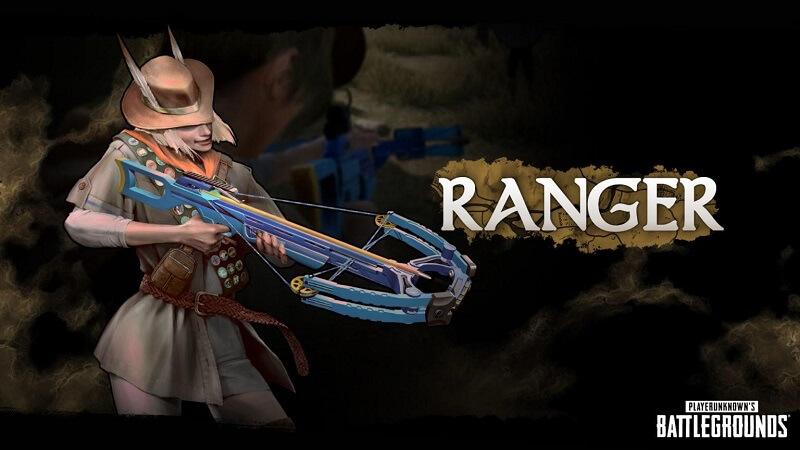 The introductory quote for Ranger is “They’re taking the Hobbits to Erangel!” A Ranger is equipped with a deadly crossbow and can fire it multiple times continuously. But he has a low HP. Although, she can cause heavy long-range damage to the enemies. Rangers emit no sound while making any movement. So they are perfect for sneak attacks. 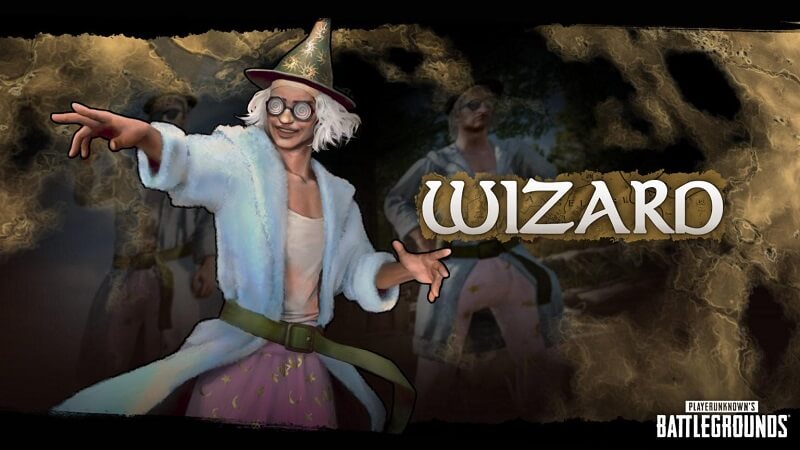 “What manner of man are you that can summon up fire without flint or tinder?” A Wizard is the most mysterious class of Fantasy Battle Royale. It is also the one who can deal with heavy damages by raining down the fire on various groups of enemies at once.

Along with the above-mentioned skill, Wizard also possesses many other features. From firing 2 consecutive blasts, dropping fireball spell, or doing meteor showers. It can heavily damage the whole enemy squad. Although, you have to keep him close to the other teammates as it has quite low HP. 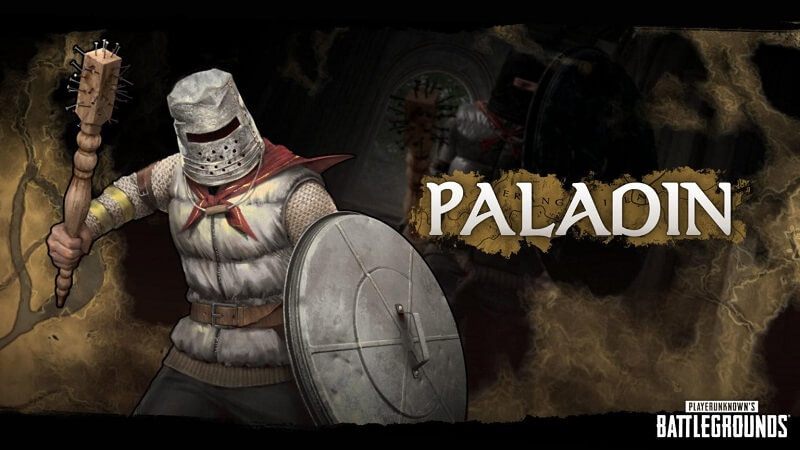 Paladin states, “I can do this all day.” Paladin serves two features, first is healing teammates and that other is reducing the pace of enemies. Paladin produces first aid kits regularly and also creates a healing zone to help other teammates while healing. Along with this, he can also knock off the enemies when they come too close to him.

The unique event mode PUBG offers various other exclusive features as well. Below mentioned are some of the highlights of Fantasy Battle Royale.

It has its own set of items which mainly include crafting items. Apart from bandages, no other items such as weapons, boosts, ammo, etc. will spawn.

No other vehicle apart from a motorcycle (Noble Steed) and UAZ jeep (Dragon Wagon) spawns in this new event mode. Also, the vehicles are slower and have low durability as compared to the normal mode.

Unlike the normal Battle Royale, this new Fantasy Battle Royale gets Care Packages dropped more often. They can have Zircon, which is a gem that can be used to upgrade to Lv.5 gear. The player can also use interaction key (F) on Care Packages to have a temporary invincibility buff. It lasts for 30 seconds that makes you immune from all damages.

You can craft your items using some class-specific gems. You can also drop looted crystals for your teammates.

The Fantasy Battle Royale also has exclusive missions that can make you earn gifts and rewards. Although you can also buy them from the store. You can also use the earned skins in the normal model.

So, these were some of the details about the new Fantasy Battle Royale. Enjoy this new update from PUBG during self-quarantine. If you want more such updates related to the gaming world, then subscribe to Innovana blogs. Stay tuned with us for regular updates.

Keep yourself updated with the latest technology and trends with Innovana Thinklabs Limited.
Rishi Apr 01, 2021 0 997

How to Solve Call of Duty: Warzone Connection Failed in Windows [fixed]