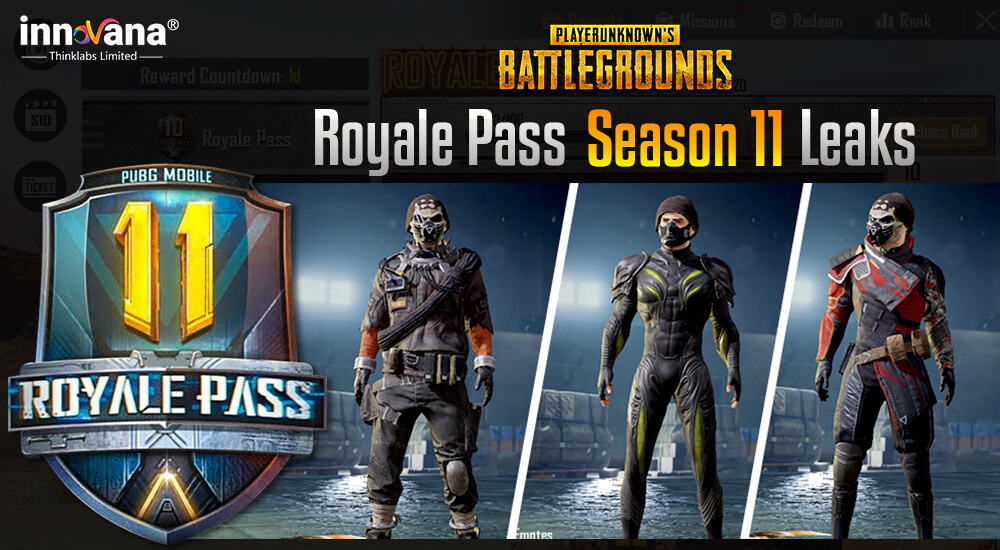 The PUBG players are in for a surprise from the makers. The brand new season 11 is coming soon in a couple of days for the ardent fans of the game.

We got a sneak peek of the game and have an entire list of the new weapons, vehicles, skins, parachutes, rewards, and features that’ll come your way in the game’s upcoming season.

As per the reports, the revamped season will be titled “Operation Tomorrow.” With the new season comes the clothing inspired by Cyberpunk, exciting skins, and many other items.

As known from sources, you even get a classy parachute with S11 printed on it. Apart from this, the game is expected to be released in the 1st week of January and has many offerings to keep you hooked. Let’s take a more in-depth look of what the game’s new season has in store.

The coming season will give you a lot of options to personalize your character with a plethora of skins, outfits, and other items. For the players with a Royal Pass, there’s a stunning red and black outfit, matching face mask, the impressive MK14 skin. In addition to this, hitting the Ace will give you the

season 11 parachute skin. And, once you reach the Conqueror Rank, you will season 11 Avatar Frame as a reward.

Apart from this, an upgradable “Roaring Tiger” skin for motorbike is also expected. This season will also mark the entry of the first skin for the PP19 Bizon.

The Season 11 aims mainly at the elite players having the Royal Pass, but the new weapon additions will also be available to the public.

One of such deadly weapons is a submachine gun, known as MP5K equipping 9mm ammo and having a damage rate of 33 per bullet. This gun supports all attachments of an SMS, i.e., Extended Mag, Suppressor, Quickdraw Mag, Tactical Stock, and Lower Rail.

In Vikendi, there will be a new mini SUV, known as Zimba, having a speed of 115 km/h and snowbike that will replace the old bikes.

For gamers who don’t like Vikendi, there’s a new attachment named “Canted Sight.” Yes, this one of the most awaited attachments is soon coming to the game.

Season 11 will bring with it a new game mode in EvoGrounds. This mode will be called Domination and come with an exciting new map, named Town. Unlike the Call of Duty, where you and your team had to stay for long to win, here, you are required to capture two out of three marked areas for winning. Further, the spawns and kills in this mode are without any limits.

For all the photographers out there, PUBG mobile Season 11 will also include a new MPV emote where you can see your character taking a selfie.

Apart from those listed here, many new updates about PUBG Season 11 are also on the way. Stay tuned to know more about them.