Here’s an extensive guide to everything you need to know about the newly launched Windows 11. Have a look at this write-up to get all the information about the excellent features of Windows 11.

Yes, you read that right, Windows 11 is here. It is official now that Microsoft will launch Windows 11 during this holiday season, the date is not confirmed. At the live event scheduled on 24th June 2021, Microsoft announced all the features of the new OS as well as its release time. It’s been around six long years that you, us, and everyone else waited for the new OS launch. But the wait is finally over now.

A lot of users were heartbroken when Microsoft announced that Windows 10 will be the last OS series from the house. There were even talks about Windows 10X, an upgraded version of the current OS. But Microsoft turned the project to scrap and moved on to create a viable alternative and here they are with Windows 11. Now that the features of the new OS are out, we can’t wait for it to hit the market. 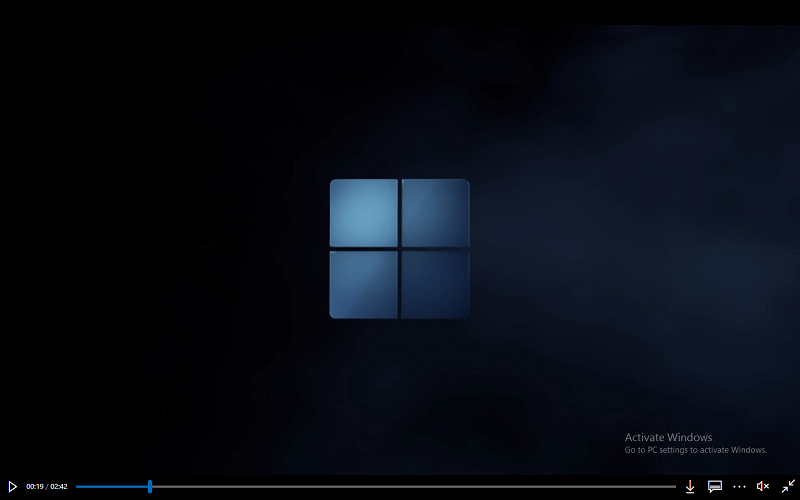 Read More: Windows 11 Release Date, Features, and What to Expect

What Microsoft Announced and Confirmed in the Live Event

As stated earlier, Microsoft announced the official release of the new OS, Windows 11. Apart from the new OS launch, the tech giant also confirmed some facts to remove any confusion. It is confirmed that all the eligible users of Windows 10 will get a free upgrade to Windows 11. Windows Insiders will get the update from the start of this week while others will get it by the end of the year. Have a look at this introductory video of Windows 11.

Different popular laptop and computer brands will start selling Windows 11 installed PCs before the launch of the OS. Apart from this, the company also gave a launch date and introduced different features of the new OS. Here are some of the best and new features of Windows 11, as announced by the tech geniuses at Microsoft.

The long-awaited operating system from Microsoft Windows, the Windows 11 is finally here. Following are the main features of Windows 11 that will revolutionize the OS forever:

Before we go and talk about the features of Windows 11, let’s have a look at its minimum requirements first. The makers of the OS said that Windows 11 is not as lightweight as Windows 10. You need at least a 64-bit system with 4GB RAM and an ARM Processor. If your PC does not have these minimum requirements, you can not install Windows 11.

Windows 10 has a square-edged interface but this is not the case in Windows 11. The OS has round-edged corners in the interface, providing an attractive look to the OS. This new feature will attract more users to the OS. 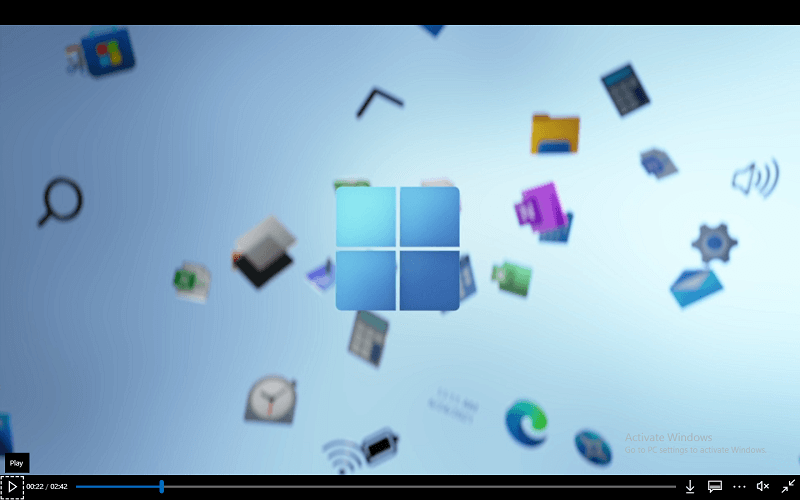 As the previous leak of Windows 11 suggested, the new OS contains a centrally placed Start Menu, just like Macs. all your pinned programs are on the right side of this menu button. 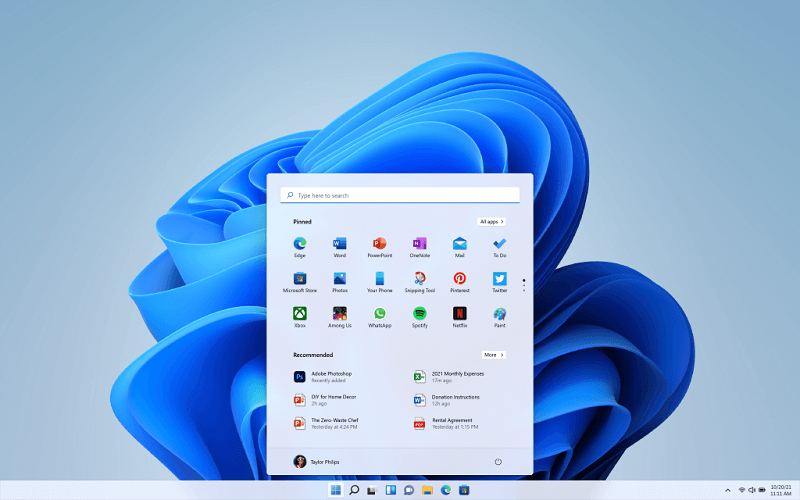 One of the best features of the update is that you can manage and multitask multiple windows on your device at once. This option allows you to synchronize and set open windows in proper order. This feature is very useful to move windows on different monitors. You can access this feature through the maximize button of the window. 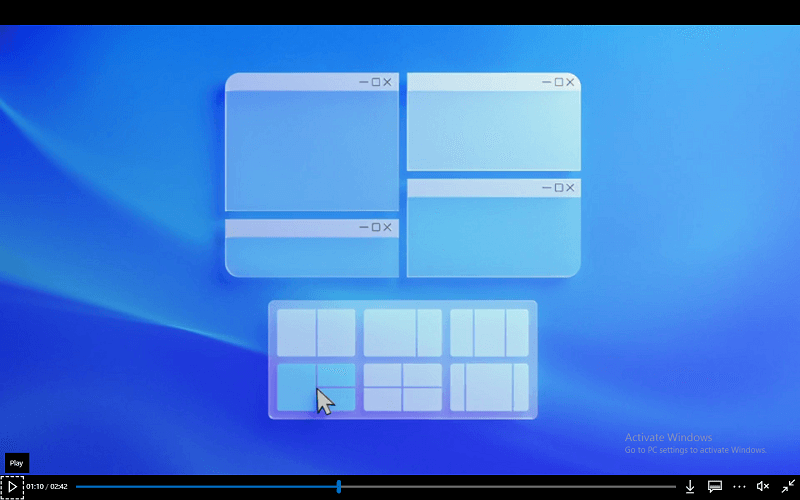 You may already know that Mac devices have integrated Facetime app. Just like that, Windows 11 has an integrated Microsoft Teams app for all. This app allows you to connect numerous individuals and devices at once very easily. 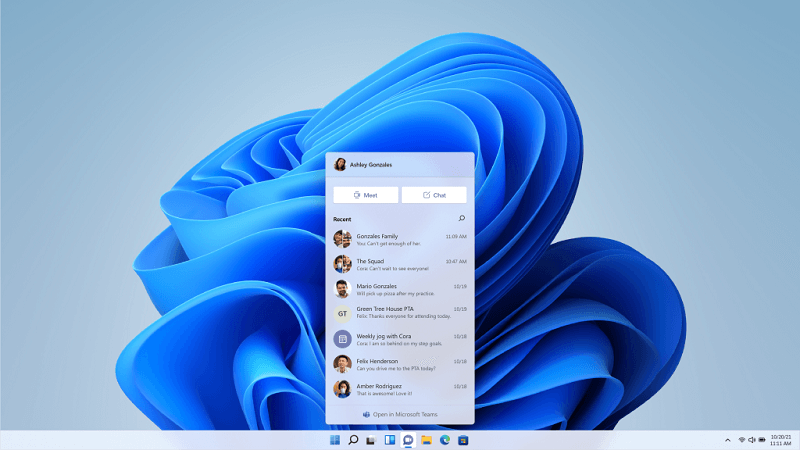 The new interface of the Windows 11 allows you to add and remove multiple widgets to the taskbar. With the help of this feature, you will get instant information provided by different apps easily. 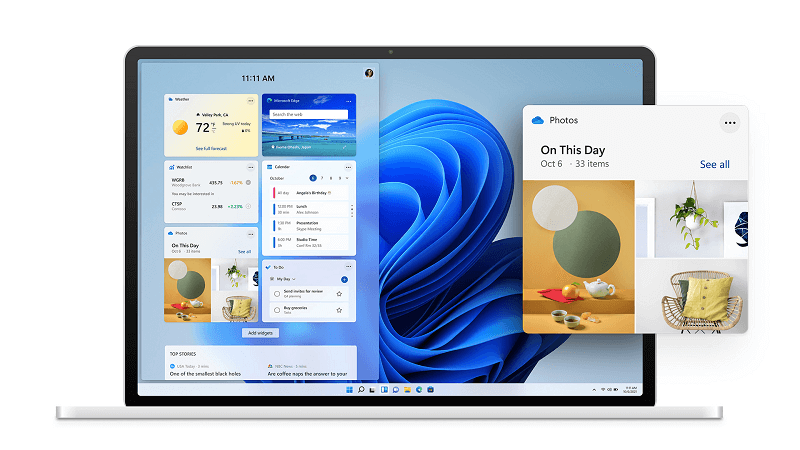 Here is another interesting part. The latest update of Windows 10 allows you to get the instant news easily. The new Windows 11 has multiple options to get customized news feeds according to your preferences. 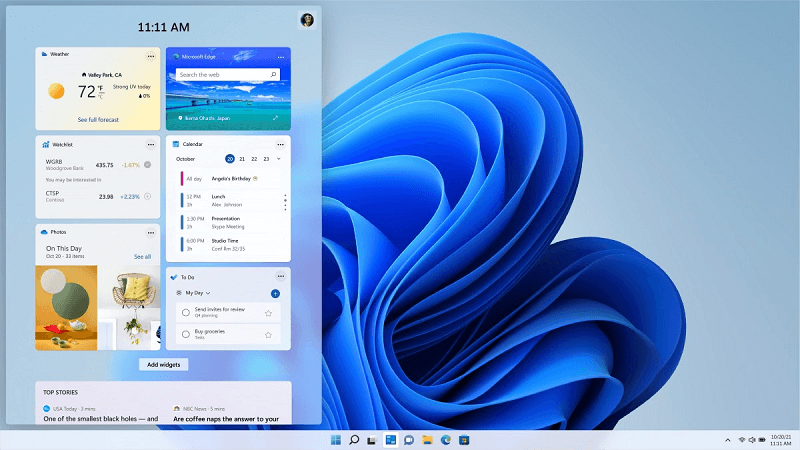 All the users of Windows 11 will get an active Xbox Game Pass to play multiple games anytime they want. The OS supports more high-end games than ever before by any OS. 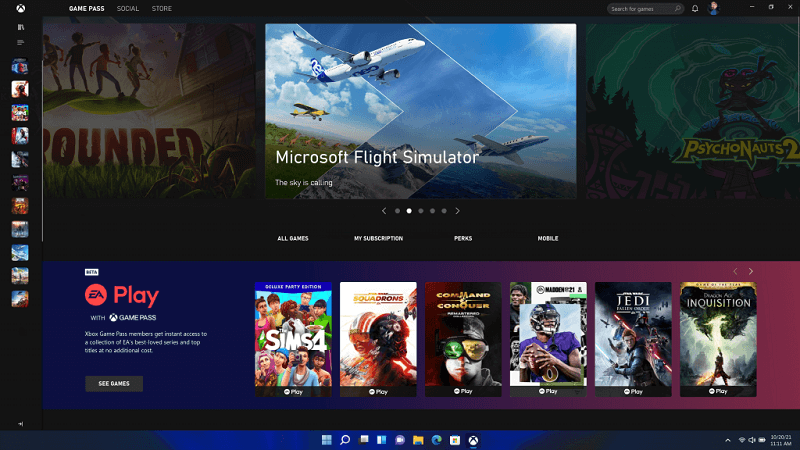 One of the best and long-awaited features of the Windows 11 OS is multiple modes of typing. Whether you use touch, pen, type, or voice typing on your system, Windows 11 provides the best typing compatibility ever seen. The new one-handed keyboard is here to help you with everything. The integrated GIFs keyboard with Tenor will revolutionize the way of communicating. 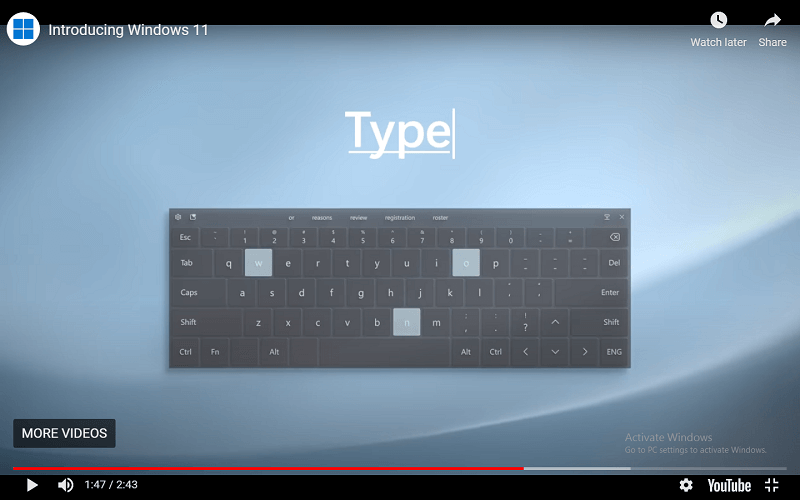 The all-new Microsoft Store of Windows 11 provides all the apps, games, and entertainment in one place. You get all the things you require to pay, create, and entertain in this Store. The creators have upgraded the software to provide better search results for games, movies, shows, apps, and more. Microsoft Store of Windows 11 has more games, apps, and titles than the previous versions. The software is tested and fully secure to use only for you. 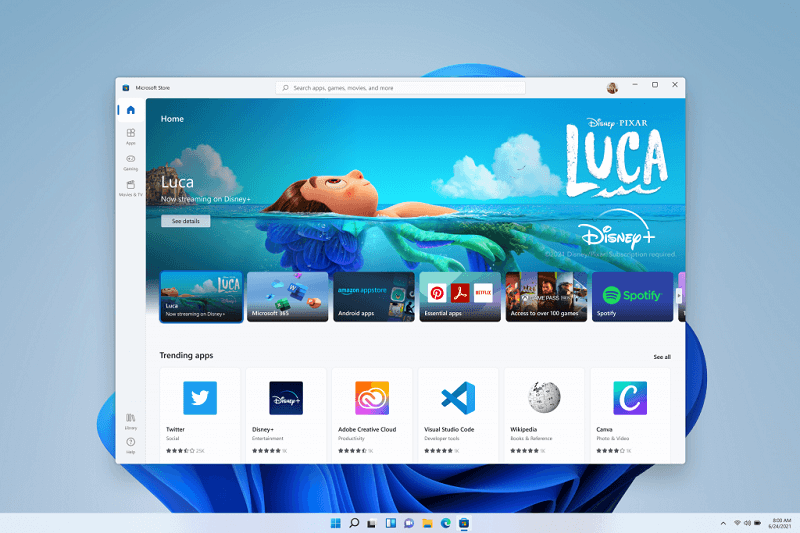 Here is the best part, with the help of Windows 11, you can access all the Android apps on the platform. You do not need Your Phone or any other third-party apps to access these, as required in Windows 10. You will get all the Android apps on Microsoft Store or can download them from Amazon App Store. Microsoft’s partnership with Intel and Amazon for this program will make this happen. 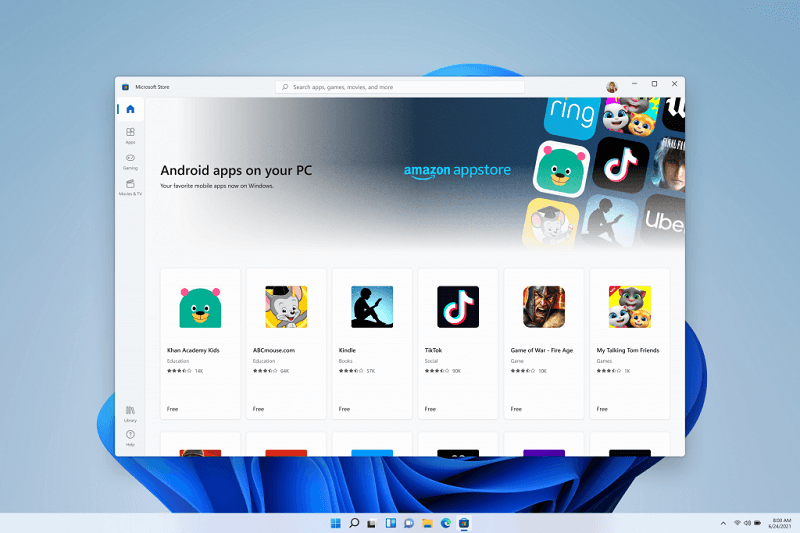 One of the best and long-awaited features provided by Microsoft is that Windows 11 is more compatible for developers and creators. More and more developers will be able to launch their apps and games on the Microsoft Store, regardless of the platform that is built on. The innovative and progressive revenue share of 85(developer)/15(Microsoft) will open the doors for many developers. 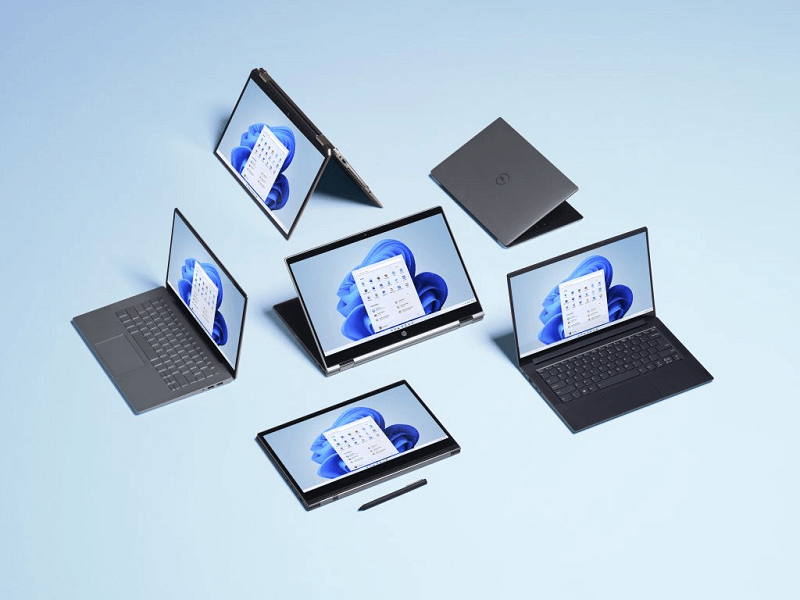 The brand-new Windows 11 OS will have fresh and updated sounds for startup and notifications. The creators added new and innovative sounds to the OS to make it more interesting and attractive. With multiple new themes and attractive dark modes, Windows 11 is more vibrant than any other OS. 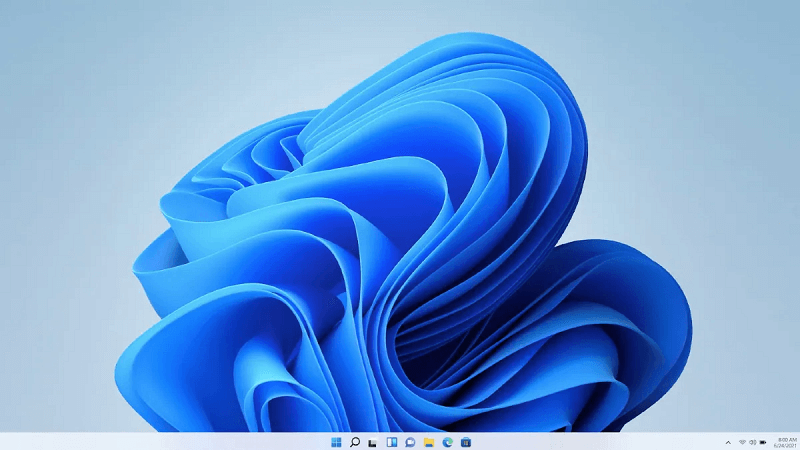 The company previously faced challenges with the tablet mode of Windows 10 and other OS. Windows 11 has a better-suited and integrated tablet mode for touch laptops and PCs. With the help of this mode and gesture support, you can access and work on any touch device, just like a tablet very easily.

What you should know is that the listed features are only the tip of the iceberg. There are numerous other features included in the new OS. Although the build of Windows 11 is somewhat like Windows 10, the operating system is still better than the latter. The Edge browser in Windows 11 has a vertical tab mode.

As Microsoft CEO Satya Nadella said, the new version of Windows 11 will revolutionize the Windows OS series for good. The Windows 11 OS is better, more accessible, and compilable than any previous OS. Now that the launch is confirmed, everybody is on his toes, waiting for the OS to launch and hit the markets. As stated easier, the existing users and subscribers of Windows 10 will get a free upgrade to Windows 11. If you think you are one such user, you can download the PC Health Check app to check your device’s compatibility by clicking here.

For more interesting updates, subscribe to the Innovana Thinklabs Blog. Write to us in the comment section below for suggestions and queries related to any topic.

Keep yourself updated with the latest technology and trends with Innovana Thinklabs Limited.
Devesh Sharma Jun 25, 2021 0 378