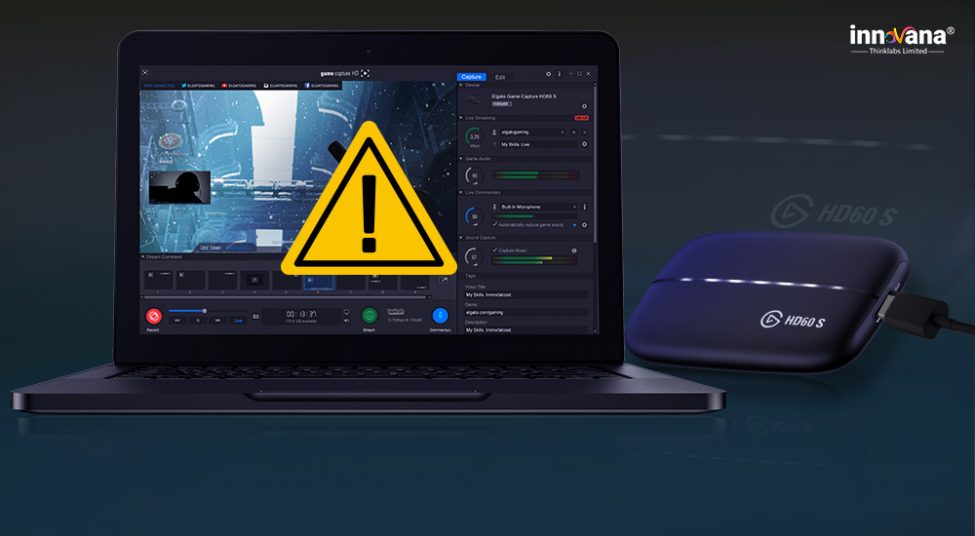 Despite having the Elgato HD60 device, one can face problems while streaming and capturing of gameplay and videos due to faulty or missing drivers. Hence, the below guide discusses several ways to fix Elgato HD60 driver issues. Read on to know methods to download, update, & install the right drivers for HD60 device.

Nowadays, people do not just play video games, but they also stream them over various online platforms such as YouTube, Twitch, etc. Hence, the significance of external devices like Elgato HD60 gets even more. Devices like this helps you to capture the gameplay in a 1080p60 quality quite easily. It can stream live video over YouTube and other video streaming platforms pretty snappily. The device uses ultra-low latency Instant Gameview technology and advanced GPU acceleration for recording gameplay and live stream for hours. However, despite so many qualities, one can not use this device without an appropriate Elgato HD60 driver.

Lack of correct drivers can cause a lot of issues on your PC. It can even result in the ‘Elgato HD60 device not recognized’ error. Hence, for all of you, we have come with a guide to download, install, & update Elgato HD60 driver. Using the methods of this guide, one can easily download the correct driver for its Elgato HD60 device and fix several issues. So, without adding more, let’s have a look at those methods.

You can resolve Elgato HD60 driver issues by multiple methods. Below are the ways that can help you updating, downloading, and installing correct drivers for your HD60 device and fix problems related to it.

It is one of the most old-school way of downloading a program. It’s always better to download the software from its source of origin, i.e., from its manufacturer. Elgato also offers software and drivers for HD60 and its other devices. Hence, you can directly download the Elgato HD60 driver from its driver support and then install it on your PC. Here is how to do it properly.

Just like other device driver issues, you can also fix the Elgato HD60 driver issues on Windows 10 by updating it via Windows Device Manager. If you are not aware of the Device Manager utility of the operating system, then let us inform you that it is the inbuilt feature of the Windows that helps to manage all the hardware of your PC. Hence, you can also manage the hardware drivers with it and update & install the Elgato HD60 drivers on Windows 10. Here are the steps.

You might be thinking that it is quite a tedious task to fix Elgato HD60 driver issues on Windows 10 PC after knowing the above methods. But, it can be one of the most easiest things to do if you choose the right way. And by choosing the right way, we mean choosing the Bit Driver Updater to update the Elgato HD60 drivers. The tool promises one of the most effortless driver updating experience on Windows PCs in 2020.

Bit Driver Updater is best known for its effortless functionality. Anyone can use it and repair the driver issues or update them in just some simple clicks. The interface is also quite straightforward. Hence, even if you are new with it, you do not have to seek help from tutorials or guides. Just download, install, and launch Bit Driver Updater on your PC, and then after a couple of clicks, you’ll get a solution for your driver issue. The software serves best in its premium version. That’s why we strongly recommended the users to try the premium version of Bit Driver Updater.

Another great reason for trying the premium version is the refund policies of Bit Driver Updater. They are quite user friendly and offer 60 days money-back guarantee. However, you can also have a look at the interface and basic features of the tool for free. Just follow the below steps.

No matter what kind of device you are using on your Windows PC, you require appropriate drivers. Or else the system will not be able to communicate with the hardware. The same goes for the Elgato HD60 video capturing and streaming device. However, there are multiple ways to get and repair drivers for this handy external device. We have mentioned them above as well. Although, despite being effective, we cannot consider all of them as the best way to resolve Elgato HD60 driver issues. The reason is their sluggish nature.

Most of the above ways to download and update drivers for the HD60 device are quite time-consuming. You require to put more effort into them. Hence, we consider using Bit Driver Updater as the best method to repair the Elgato HD60 driver. It is effortless and at the same time effective as well. Let us know what do you think in the comments.