Resolve Xbox One Mic Not Working Issue [Solutions With Pictures]

Is your Xbox one mic not working? Or do you want to fix the Xbox one headset not working issue? Here is the guide to help you out in troubleshooting all such problems. Read on to know more.

Xbox is a household thing for all gamers and gaming enthusiasts across the world. This Microsoft owned gaming console is pretty famous for its handy features and offerings. One of the latest Xbox console is Xbox One. It is the successor to the Xbox 360 and serves as a competitor for Sony’s acclaimed PS4 console. However, despite being a great treat for the gamers, some people have reported issues with its mic & headset. And as the reports keep on increasing. Hence, we have come up with several helpful solutions for the Xbox One mic not working issue.

With the fixes mentioned in this post, you can resolve the problems hindering your in-game conversations with your friends and teammates while playing a multiplayer game on your Xbox One console. So, without further ado, let’s check out the solutions that you can try if your Xbox One headset is not working.

Fixes To Resolve Xbox One Mic Not Working Issue

Here are some of the simple yet effective fixes that can help you to resolve the Xbox One mic not working issue.

Method 1: Reconnect The Mic Or Headset

One of the prominent reasons for the Xbox mic not working or headset not working problem is the poor connection. Hence, if you are facing any such issues, then the first thing you should do is to disconnect the microphone from the controller. 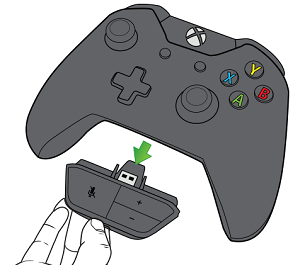 Or if you are using the Xbox cabled headset, then unplug it as well from the controller. 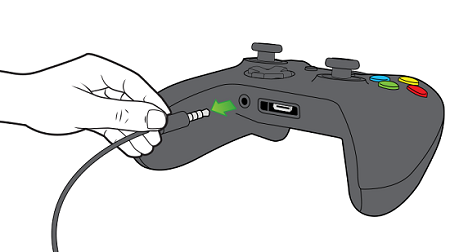 And after that, connect them again correctly.

It is one of the most fundamental and handy ways to resolve several similar Xbox audio problems, including the Xbox one controller headphone jack not working issue as well.

However, if this fix doesn’t provide any solution to your problem, then you may try the other fixes mentioned in this post.

Sometimes, you may mistakenly mute the microphone of your Xbox One headset or may forget to unmute the mic after muting it. In that case, you eventually have to face troubles while communicating with your teammates, friends, or other online players on your Xbox One gaming console. However, you can fix this issue by just unmuting the headset. Hence, if you are thinking that your Xbox one headset is not working correctly and you are unable to talk with other online players, then make sure that your mic is not muted. If it is, then unmute it.

You can easily find the mute button for your microphone on the Xbox headset. So, press that button and unmute your headset microphone. However, you also have to make sure that your friends or other online players haven’t muted you. It is also one of the reasons that hinders your voice from reaching them. If this does not work, then try other solutions discussed here.

Misconfigured profile settings can also result in the Xbox one mic not working issue. Hence, you have to configure them accordingly. While configuring, make sure that it doesn’t have disabled voice chat settings. If it has, then enable it & resolve the issue by following the below steps.

Issues with your Xbox One gaming console can also cause the Xbox One controller not recognizing headset problem, which may eventually result in the Xbox mic not working issue. One of the most effective and easiest way to resolve it is to perform a power cycle, or we can say a complete restart with it.

Here are the steps through which you can perform a safe power cycle with your console and resolve the Xbox One headset not working problem.

Also Read: How to Download Xbox One Controller Driver for Windows 10, 8, 7

The Xbox One controller requires an appropriate firmware (driver) to function properly on your system. Hence, outdated, missing, or wrong controller driver can cause a lot of issues, including the Xbox one mic not working problem. So, you must keep the firmware updated.

There are multiple ways to update your Xbox One controller firmware. However, if you are playing the Xbox games on your PC, then the best method to update the controller driver is using the Bit Driver Updater tool. The software is proficient in providing you the most authentic and reliable driver updates in no time. It also offers several advanced features, including backup creation and restoration, automatic scan scheduling, etc.

Below are the steps that can help you to update your Xbox One controller driver via Bit Driver Updater.

Method 6: Repair Or Replace The Hardware

If none of the above fixes help you to fix the mic issue and still your Xbox one headset mic is not working, then the problem is with your hardware (including console, controller, or headset). Hence, to resolve it, you have to get your devices repaired or replaced. If they are under the manufacturer’s warranty, then you may contact the support of Microsoft.

If the device cannot be repaired, then replace it with the new one even if only the Xbox One headset mic is not working but can hear other players voices.

Final Words On Resolving The Xbox One Mic Not Working Issue

So, here were some of the most helpful techniques through which you can resolve the Xbox One mic not working problem. It doesn’t seem interesting to play games on your Xbox console alone. Hence, microphone and headset becomes more significant as they are quite crucial to communicate with other players. We hope that the guide has helped you to fix the Xbox One headset not working issue.

Moreover, if you have some suggestions, or want us to make some additions or changes to the above post, then let us know via the comments section below. And subscribe to the Innovana blog if you liked this post.

Keep yourself updated with the latest technology and trends with Innovana Thinklabs Limited.
Aman Dec 17, 2020 0 555