HomeHow ToWhat is Quantum Computing? Everything You Need To Know 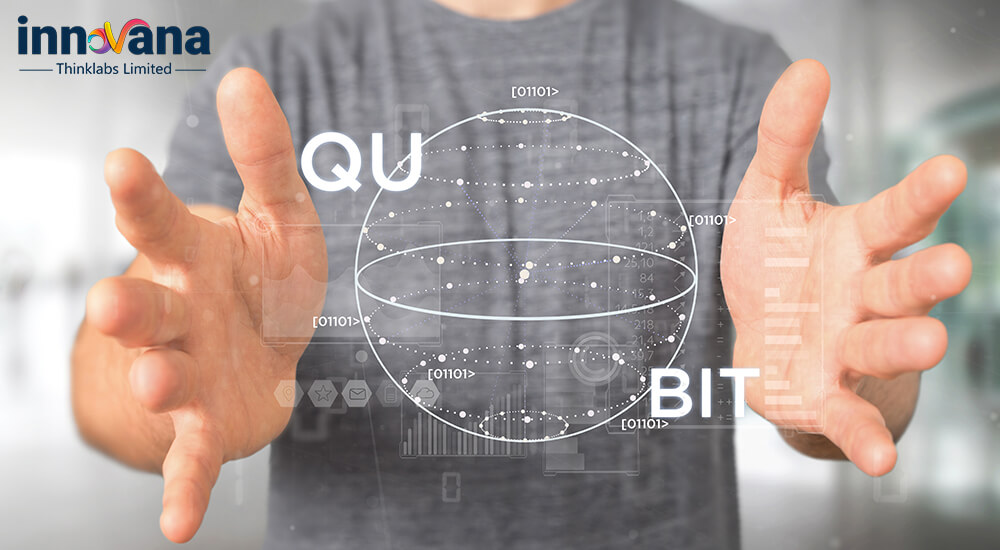 Google recently made some buzz by claiming to gain ‘Quantum Supremacy’ with the innovation of new quantum processors called Sycamore, which can compute a complex calculation in 3 minutes and 20 seconds. Google Quantum Computer made the world’s current supercomputer Summit-an IBM creation, seem snail-paced in terms of computational speed comparison between Sycamore and Summit.

As the quantum era has dawned, more hope has resurfaced in dealing with complex computations and dealing with massive data on a day-to-day basis that our traditional computers cannot solve. The prototype of quantum computers is still taking baby steps towards further development.

But big tech giants like Intel, Google, and IBM have already started taking lead initiatives with massive investment plans towards the development of technologies that can further support the building of fully functional quantum computers in the near future. The market has also started investing in startups that are promising to work on quantum computing hardware and software development. Recently, $241 million was invested in such startups.

What is Quantum Computing?

Quantum computing involves the use of quantum mechanical phenomena of superposition and entanglement to develop states that can scale exponentially with a large number of qubits.
Quantum computing, in a nutshell, is based on the concept of binary language, which is similar to the fundamental principles of our current computers.

Also known as quantum bits, these are units that can register zero and one data values. The qubits play a crucial role in processing and computing large & complex data at exponential speed.
Qubits can be arranged in different ways with the help of the quantum properties of a system that can be electronically controlled.

Three quantum mechanical properties that play a significant role in quantum computing to change the state of a qubit are superposition, entanglement, and interference.

It is a combination of two independent states. For example, when two different musical notes are played at the same time, then it represents a superposition of the two notes.

When two qubits are entangled in a superposition, they can behave like a single system. So, a particular action on one can affect the other simultaneously. This is what makes quantum algorithms more functional than conventional ones.

How does Quantum Computing work?

Firstly, a quantum state can be created using the principles of superconductivity. To ensure that qubits are functional for a more extended period, they have to be kept at absolute zero temperatures.
The quantum computer’s dilution refrigerator comprises of more than 2000 components.
Taking the example of an algorithm for quantum hardware, let us look at how quantum computing works.

Users are capable of accessing such devices free of cost through the IBM Q Experience or Qiskit. More advanced quantum systems are accessible to clients in the IBM Q Network. Soon they are going to be at a stage to develop such computers at large scale for wider applications worldwide.

Google recently joined the bandwagon by claiming to have achieved ‘quantum supremacy’ by designing Google quantum computers. They said that by using the processor Sycamore, they have been able to speed up the calculation of a complex dataset that could now be completed in 200 seconds.

Although at present, this sort of research is not useful from the real-world perspective, researchers have kept their hopes high in this matter that one day Google may come up with solutions to massive problems instantaneously.

Thus, Intel quantum computing will target the field of research and academics to help achieve breakthrough discoveries to deal with some of the millennial problems.

D-Wave recently announced that it is busy developing the quantum computing platform using 5000 qubits, which will be ready by mid-2020.

D-wave quantum computers are going to be different from that of IBM, Google, and Intel. D-wave quantum computers Pegasus topology works by connecting each qubit to 15 other qubits. This is higher than the existing topology, which uses six qubits for connection purposes. This will enable developers to solve more significant problems by using less physical qubits.

D-waves quantum computers will function based on the production of a lot of qubits in a high noise environment. They will also have shorter coherence times. This will make D-wave quantum computer qubits unique and exclusive compared to that of its competitors. The company is also working towards noise reduction.

Are there any Quantum Computer online courses?

Currently, there are many platforms offering Quantum Computer Online courses.

You  can learn about the fundamentals of quantum computers online from the following sources and sites:

edX.org – There are a couple of programs currently available on this MOOC (massive open online course) provider site to take up your desired Quantum computers online course.
Some courses are conducted in association with MIT, while other curated courses include Quantum Cryptography from CalTech and Delft and The Quantum Internet from Delft.

Coursera – The “Introduction to Quantum Computing” course is offered by Saint Petersburg State University in association with Coursera with financial aid facility.

Coursera – The “Introduction to Quantum Computing” course is offered by Saint Petersburg State University in association with Coursera with financial aid facility.

Thus, the production of quantum computers in the real-world will completely change the approach of problem-solving, and the days are not far when early disease detection, new drug discoveries, and infrastructure optimization and maybe even time travel is not a far realized dream.
Commercial-scale production of IBM, Intel, and Google quantum computers with industrially applicable discoveries will again witness probably the second renaissance period in human history in terms of scientific research and technological innovation.
Quantum computing will provide newer job opportunities. A combination of artificial intelligence with quantum computing will help researchers in every field achieve heightened glory and success.